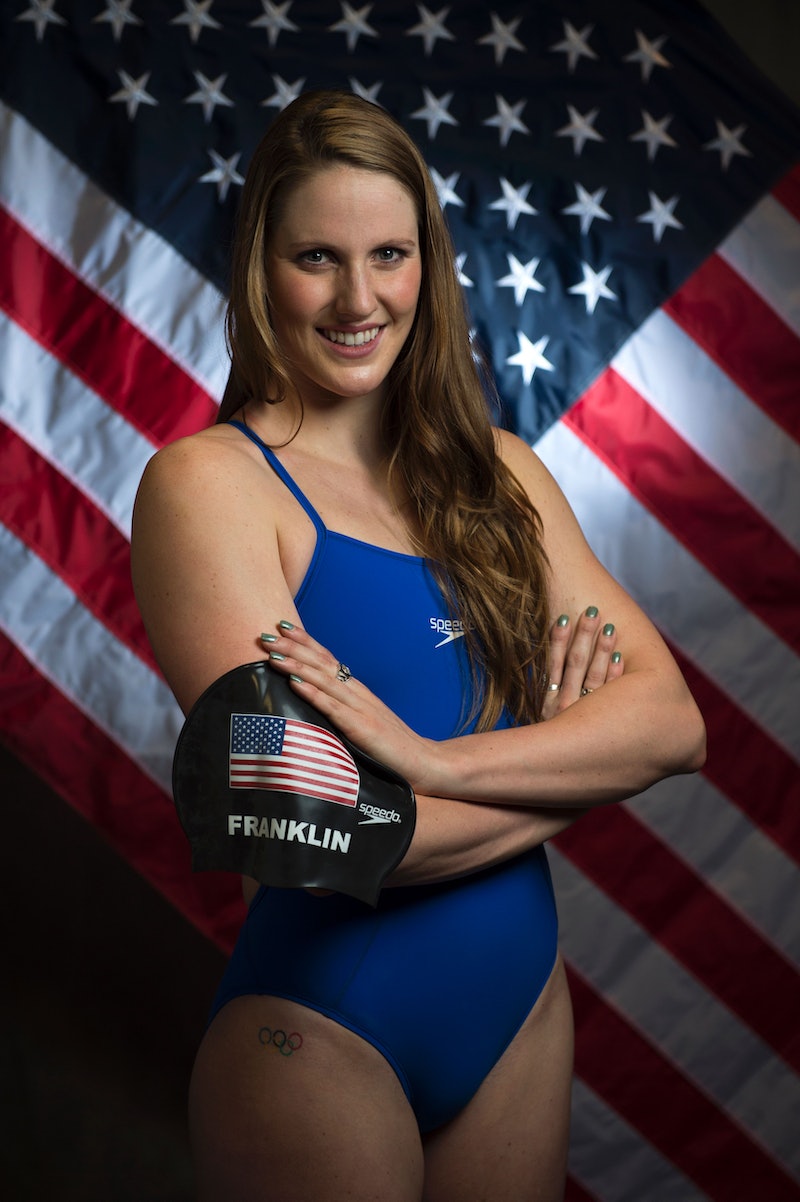 The Olympics are officially around the corner. While it's still up in the air who will take home the gold, at least you can learn more about the athletes in the meantime. When it comes to U.S., everybody's already obsessing over Michael Phelps, the gymnastics squad, and Missy Franklin — to name a few. If you're curious about the champion swimmer, you may be wondering: What's Missy Franklin's net worth? Not only is she a four-time gold medalist by age 21, but she's also reportedly a multi-millionaire. According to various sites (including celebritiesmoney.com and the-net-worth.com), Franklin is worth $2.5-3 million. However, what's more interesting is that she's far more focused on the sport than the income. It makes her athleticism all the more admirable.

According to The Wall-Street Journal, Franklin chose the sport over the money. In a 2015 piece, they wrote, "Franklin gave up roughly $5 million in potential endorsements after the 2012 London Olympics to remain an amateur." She chose to swim at a collegiate level with the NCAA, versus making money through endorsements. (The NCAA prohibits earning income in this way.) When asked about the decision, she told WSJ, "I would make the same decision 100 times over again." This suggests she's not gunning after the money, but personal satisfaction and not losing sight of the joy of the sport itself. While, of course, her record proves she's talented, this shows she's truly passionate — and that in itself is invaluable.

Besides the amount estimated above, I had a tough time finding concrete stats about her net worth from a reputable source, such as Forbes. The numbers are also a bit questionable, given her decision to be an amateur swimmer for a few years. Still, while she was unable to rake in endorsement deals while swimming in college, she did go professional in 2015. Soon after getting an agent, Franklin signed an endorsement deal with Speedo. Considering they're a major company, I'd have to guess that panned out nicely financially. I would also predict that after she begins swimming in Rio (and hopefully taking home more gold medals), her net worth will only continue to grow.

But again, that's not the most important thing here. As her career has proven thus far, she's far more concerned about swimming in pools than swimming in cash.

More like this
Watch Emma Raducanu’s Incredible Response To Her Early Wimbledon Exit
By El Hunt
What Is the Net Worth Of Each 'Stranger Things' Season 4 Cast Member?
By Hugh McIntyre
Howard Stern's Net Worth: Is He The Richest Man In Radio?
By Hugh McIntyre
What Is Ariana Grande's Net Worth? When It Comes To Money, She Has No “Problem”
By Hugh McIntyre
Get Even More From Bustle — Sign Up For The Newsletter