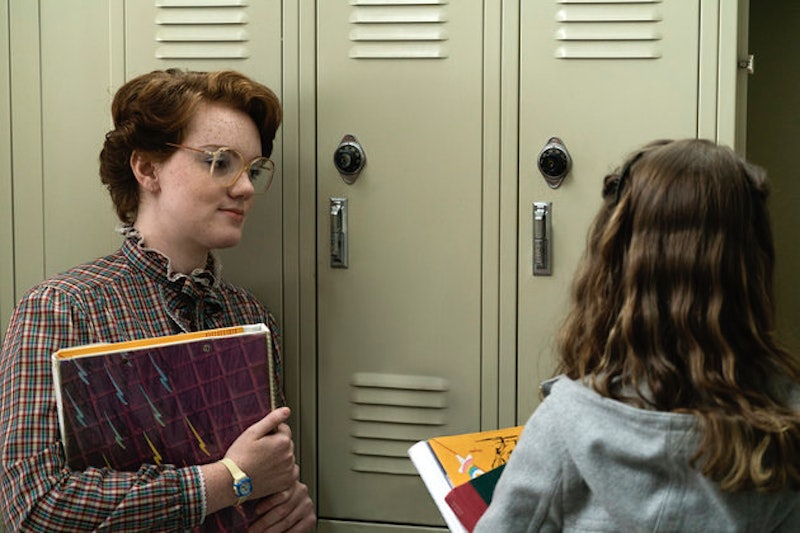 There were many unforgettable characters that came out of Netflix's new thriller series, Stranger Things , but none of them proved to have such a tragic and heartbreaking fate as Nancy's best friend, Barb, who found herself dragged into the depths of the Upside Down world while hanging out alone by Steve's pool. But did Barb really die on Stranger Things or is there a chance she could return like Will did? While I'd like to say that anything is possible, especially on a show like this with so many supernatural entities, I'm afraid that her character's fate has officially been sealed and won't come back if/when Stranger Things gets renewed for a second season.

Now, I know what you're probably thinking: If Will was able to come back from the brink of death, then why can't the same thing happen to Barb? Well, for starters, Will managed to hide from the Demogorgon for a majority of his time in the Upside Down. Barb, on the other hand, was trapped in Steve's pool with that thing, who attacked her shortly there after. She was dead long before any help ever arrived. In fact, when Eleven visited the Upside Down, she saw Barb and revealed that she was gone for good.

However, we don't have to just take Eleven's word for it. During a recent interview with Variety, the show creators, The Duffer Brothers (Matt and Ross), confirmed our worst fears about Barb's fate, leaving little doubt in our minds that her death will, unfortunately, be for keeps. "We pushed it this season with Barb, but I want to continue to amp up that threat," Matt Duffer remarked. "It makes it scarier, but it’s also sad. Shannon Purser who played Barb, we fell in love with her. She had never acted before, this was her first role in anything, she blew us and everyone away. It was sad to lose her, but some people have to go."

And just like that, this beloved character is no more, which is a shame considering how much viewers related to her right from the start. But she was just in the wrong place at the wrong time and didn't get as lucky as Will in being able to find a good hiding spot from the monster. Could we potentially see her in flashbacks? Maybe. As far as coming back from the dead, though, I think it's safe to rule that possibility out. After all, you need some of the deaths to stick, otherwise the stakes wouldn't seem as high.

It'll be impossible not to miss Barb in future seasons — a character whose heart was as big as her glasses. But if Season 2 proves to be darker than Season 1, we may end up being glad she isn't around to see such terrible events unfold.

More like this
20 Photos From The 'Stranger Things' Season 4 Premiere To Make You Feel Old
By Alyssa Lapid
Oops! The 'Stranger Things' Monopoly Game Has Spoilers For Season 4
By Alyssa Lapid
Natalia Dyer & Charlie Heaton's Relationship Is Still Going Strong
By Allyson Koerner and Sophie McEvoy
David Harbour Was Lily Allen’s First-Ever Date
By Frances Stewart
Get Even More From Bustle — Sign Up For The Newsletter