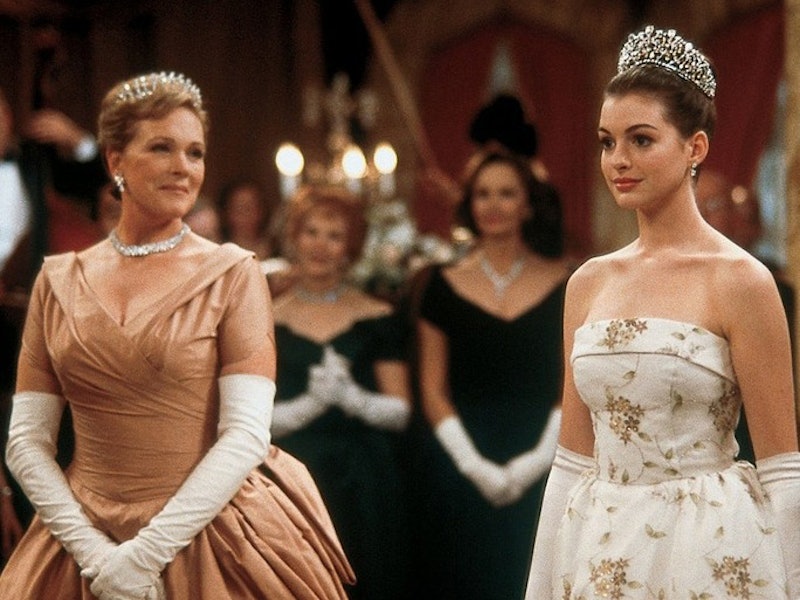 Being popular is a huge aspiration for any child while growing up. As humans we crave to be accepted and the struggle for validation is never as taxing as it is while you're still in school among your peers. That's, in large part, what made Garry Marshall's The Princess Diaries feel so relatable. At one point or another, we've all felt as insignificant or invisible as Mia Thermopolis (prior to learning about her royal heritage, of course). However, Mia's journey isn't the only admirable story to come out of this fairytale movie. As from this journey of self acceptance, viewers were also introduced to an epic love story between Queen Clarisse Renaldi and Joe, her bodyguard.

Yes, Mia and Michael's romance may get most of the attention throughout the film, but for me, the true love story that exists throughout this narrative has always been between the Queen and Joe: two people who were never supposed to be together, but were made for each other nonetheless. It's the kind of love that only grows stronger over time and is rooted not just in attraction but also mutual admiration and respect for one another. But just in case you're still a little unsure about what makes this TV couple so great, here are some prime examples as to why these two are The Princess Diaries' ultimate OTP.

They Bring Out The Best In Each Other

Though I have no personal experience about this, but I can imagine that ruling a country may prove to be somewhat stressful. Throughout the film, Joe has a way of calming Clarisse down and making her feel safe. He never tells her that she's being overly emotional or questions whether or not it's "her time of the month." Mansplaining isn't in this guy's vocabulary, which is such a refreshing thing to see. He isn't intimidated by her position of power — he admires it. He views the Queen as an inspiration, which, in turn, inspires her to be the greatest ruler (and grandmother) that she can be. They make each other better people and it's a beautiful thing to see.

They Prove You Can't Put An Age Limit On Love

Love is love, regardless of how old you are, which these two manage to demonstrate 10 times over. From their romantic dance moments to their longing looks at each other, these star-crossed lovers prove that some relationships really can withstand the test of time and — like a fine wine — only get better with age.

They Make A Great Team

It would've been easy for Joe to just ignore Mia and her problems and solely focus on his feelings for the Queen. But because he cares so much about Clarisse, he takes it upon himself to help her granddaughter and even become her friend. Between the two of them, they give Mia the confidence she needs to embrace her individuality and be the badass woman (and ruler) she was always born to be. Now that's what I call great team work.

Suffice to say, these two were pretty much made for each other and share something much deeper than a high school romance. This is true love in its finest form and I can only hope that one day, we are all as lucky to find the type of rare connection that they have.