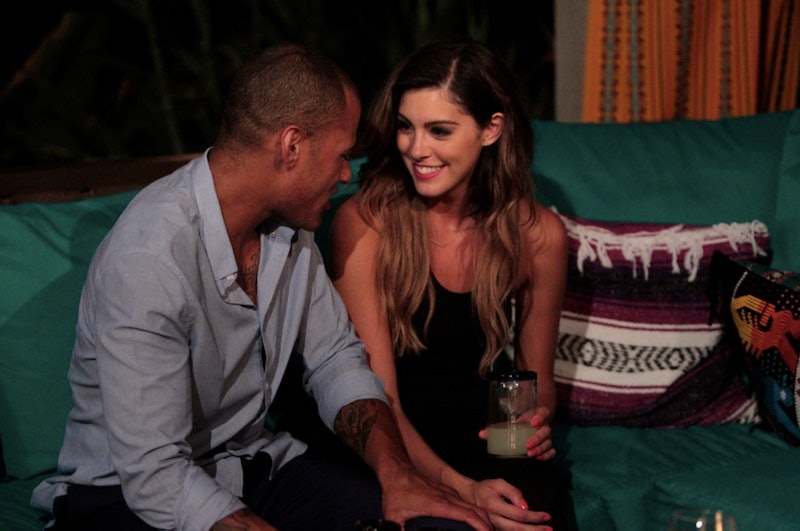 Bachelor In Paradise is so close I could kiss it and give it a rose. The cast has been announced, the promos have been released, now all we need is the actual show! But just one day a week of Paradise won't be enough, I can tell you that right now, so before the drama starts you can get your behind-the-scenes fix by following the Bachelor in Paradise cast on Snapchat. Some of your favorite Bach stars are coming back for a second chance to fall in love, like professional twins Emily and Haley, Daniel the Canadian, Kaitlyn's runner-up Nick, the beautiful and drunk Lace, and, of course, Chad Bear. My question: Why wouldn't you follow them on Snapchat?

Some of the stars unfortunately don't have Snapchat, but those who do use their Snap-power for good instead of evil, like Bachelorette and upcoming BiP contestant Wells Adams in his frequent drunk Snap-stories that review each episode of his and JoJo's season. If his drunken reports of the Bachelorette are entertaining, can you imagine how great his updates on the drama and tears of Paradise will be? I'm buying my wine already, not just for BiP but for everyone's Snap game too!

It gives me great pleasure to bring you the conclusive list of this year's Bachelor In Paradise stars' Snapchat names, and hope you take advantage of this bonus entertainment that you don't have to wait for every week. Enjoy, and Snap responsibly.

Though he's not a contestant, none of this would be possible without host Chris Harrison, and now he's on Snapchat giving us the behind-the-scenes videos and pictures we need in this Bach life.

The bear we love to hate: Chad. Based on the BiP promo from Tuesday's "Men Tell All," he's coming back full force. But at the same time, Chad is one of the funniest Snapchats I follow, take my word for it.

Nick is back, and if his gorgeous mug doesn't find love this season, at least he has lots of love on Snapchat.

Mom and suitor on Ben's season, Amanda is back to be as adorable as ever.

This hunk, firefighter, and literal swimsuit model is back for his Paradise debut.

You can tell these girls are just as good on Snapchat as they are at being two of the funniest contestants I've seen in the Bach franchise.

Any babe that gets drunk and makes fun of his friends on Snapchat is a Snapchat I need to follow.

Remember Leah? You don't? Well, remember when we all were like, "Who the hell is Leah and how is she still here?" and then she came out of nowhere with some sneaky trash talk about Lauren B.? Yeah, that one! She's back, hopefully with less trash talk.

Besides her cool last name, we don't really know much about Izzy, but I'm certainly excited to get to know her more in Paradise.

There you have it. Now you don't have to worry about only getting to watch BiP on Tuesdays, because this list of Snapchat names is your inside scoop to the lives of the contestants we love, and some we can't stand, in Bachelor Nation. While there are still bachelors and bachelorettes missing from Snapchat, they definitely won't be missing from this season of Bachelor In Paradise. (P.S. While your at it following all these guys on Snapchat, be sure to also follow Bustle! We're @bustledotcom.)