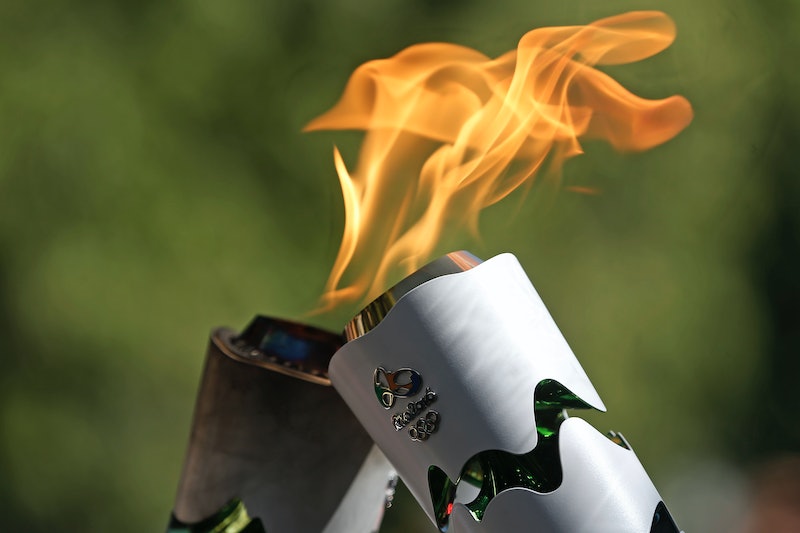 The Olympics inspire greatness. These 14 great Olympic quotes do as well, because they come from the mouths of some of the greatest coaches and greatest Olympians of all time. Yes, I just used the word "great" four times in the last two sentences. No, I don't regret it for a second, because if there's one word that would define the Olympics, what the games represent, and those who participate in them, it would have to be "great." And as the Rio Olympic games get closer, these are all the more fitting to read.

There is so much that we can all learn from the Olympic games. Whether you're an entrepreneur, a teacher, an engineer, a businessman, or anything in between, the lessons that you can pick up from listening to Olympians and watching them perform their respective sports are immeasurable. Sometimes it takes someone in an entirely different world than yours to show you something utterly fundamental. Funny how that works.

Taking five minutes to read through these powerful quotations below will be worth every second. In fact, taking the time to memorize one or two of them isn't a bad idea either. Knowledge is invaluable, but it's also free... so take advantage of it. Who can complain about free — and more importantly — useful advice? Not me, that's for sure.

1. "You were born to be a player. You were meant to be here. This moment is yours." — Herb Brooks

2. "I have a rule on my team: When we talk to one another, we look each other right in the eye, because I think it's tough to lie to somebody. You give respect to somebody." — Mike Krzyzewski

3. "The only victory that counts is the one over yourself." — Jesse Owens

4. “The key is not the will to win. Everybody has that. It is the will to prepare to win that is important.” — Bobby Knight

6. "This team just wasn't good enough today, but they had the unity I always wanted. To have an American team like this has always been a dream of mine." — Bela Karolyi

8. “You have to do something in your life that is honorable and not cowardly if you are to live in peace with yourself." — Larry Brown

10. “The hardest skill to acquire in this sport is the one where you compete all out, give it all you have, and you are still getting beat no matter what you do. When you have the killer instinct to fight through that, it is very special.” — Eddie Reese

12. "What keeps me going is not winning, but the quest for reaching potential in myself as a coach and my kids as divers. It's the pursuit of excellence." — Ron O'Brien

13. "I think sports gave me the first place where this awkward girl could feel comfortable in my own skin. I think that's true for a lot of women — sports gives you a part of your life where you can work at something and you look in the mirror and you like that person." — Teri McKeever

14. “It’s always an honor to be able to represent your country at the highest level.” — Basheer Abdullah