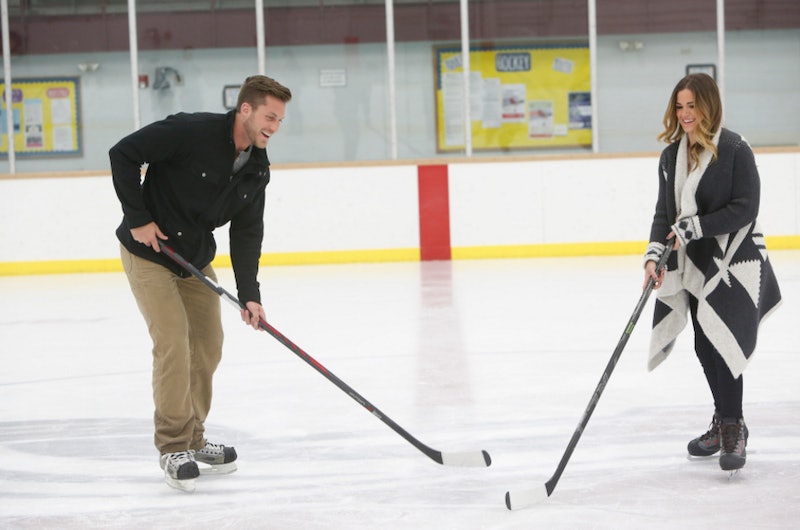 Each season of any Bachelor or Bachelorette show, fans have two different races to monitor. Firstly, which contestant will receive the final rose and possibly a proposal? And secondly, who in the pack of suitors will be selected for the big time, i.e. to headline the show his or herself? JoJo Fletcher is about to make her call on the current season of The Bachelorette. The pack of nice-smiled, strong-armed men who showed up to battle for her affections has been slashed down to two: Jordan Rodgers and Robby Hayes. Who will JoJo choose? It's an important question, but not the most important question, as far as I'm concerned. Because I'll be stuck with whoever becomes the next Bachelor for months. So when should I be expecting the news? The Bachelor is usually announced a few weeks after the last season airs its finale.

As you probably remember, most recent Bachelor Ben Higgins was plucked from the Kaitlyn Bristowe-led Bachelorette. He made it as far as the final three. Of course, Bristowe eventually let Higgins down easy and ended up with contestant Shawn Booth, and apparently all for the best. Booth and Bristowe are still happily engaged, according to their loved-up social media posts. Higgins evidently made an impression with fans and producers. Entertainment Weekly reported on ABC's official announcement naming Ben the next Bachelor in August of 2015, a month after his Bachelorette season finale.

The news about Ben dropped during ABC's After Paradise special last year; certainly it was what prompted a lot of fans to tune in. How could anyone forget what a dramatic couple Ben and JoJo made when she was a contestant? "I love yous" happened, and then Ben sent her packing. Not to minimize the heartbreak of putting yourself out there like that and then being rejected, but JoJo seems to have landed on her feet and in the middle of a pool of eligible, attractive men. As the Bachelor circle of life goes, one of the guys who fails to win her will get his own chance to control the rose. (JoJo, by the way, was announced as The Bachelorette during the After The Final Rose special.)

It's likely that ABC will follow the same pattern in announcing the next Bachelor. It makes sense to promote it as a feature of a post-season special. Bachelor In Paradise premieres on Tuesday, Aug. 2 and will have a six-week run. By the time those former contestants have to leave the mai-tais and the white, sandy beaches behind, a new Bachelor should be in place. (Honestly, he's probably in place right now. Or at least getting there with the paperwork.) But who will it be? The producers tend to go with contestants who made it far in their season, since they're the ones the audience has gotten to know best. So when I ask when the new Bachelor will be announced, what I really mean is when will Chase or Luke be announced as the next Bachelor?