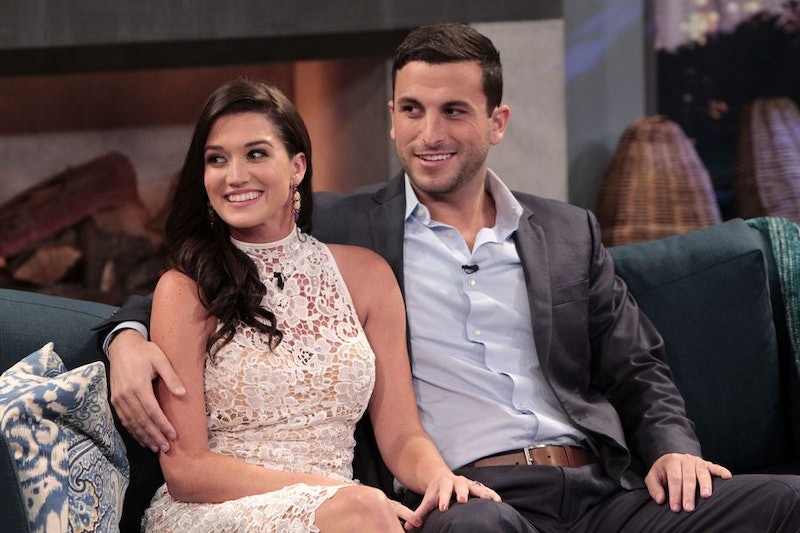 Jade Roper (of Chris Soules’ season of The Bachelor) and Tanner Tolbert (of Kaitlyn Bristowe’s season of The Bachelorette) are definitely my favorite Bachelor Nation couple. The two met on Bachelor In Paradise 2 in the summer of 2015, got engaged at the end of the show, and then got married in a lavish ceremony that was broadcast on ABC in the winter of 2016. Their relationship got off to quite the start, but what are Jade and Tanner up to now after Bachelor In Paradise ?

I think one of the reasons that Jade and Tanner’s relationship worked out so well is because it was founded on Bachelor In Paradise. During The Bachelor and The Bachelorette, you’re pretty much deemed a failure by fans if you get into a monogamous relationship and don’t get engaged at the end. There’s a lot of pressure there. But, on Bachelor In Paradise, you’re drinking by the pool and going on dates with a lot of people and seeing how it all works out, almost like real life! With less pressure to commit, relationships develop more naturally and last longer (this is my own very unscientific observance). Jade and Tanner did get engaged at the end of Bachelor In Paradise , and they are just the cutest patooties ever. They’re also raking in some serious dough — Us Weekly reports that the two are set to make $1 million just from sponsored social media in 2016.

Jade and Tanner are definitely using their social media followers to their advantage, but here’s what else they’ve been up to since their January 2016 wedding.

Jade and Tanner both appeared on a Bachelor-only episode of Family Feud in 2016 — I’m not sure how many red x’s they got on the board (or if Steve Harvey yelled at them), but they look like they had fun.

Jade uses her Instagram especially to get the word out for little guys like this adorable pup so they can be picked up and adopted. She loves her own pup so much that she has to make sure that other fur babies get their forever homes, too.

They're Going On Fun Dates

Jade and Tanner live right near Kansas City, so a trip to the Kansas City Zoo definitely looks like a great way to spend date day (or night). Jade is pretty cute as a penguin, isn't she?

They're Building A House

Jade and Tanner bought some acreage at the beginning of this year, and according to Jade's Instagram, they just recently broke ground. She mentioned something about filling the eventual house with "Janner" babies, and I have to say — they will definitely be some cute kids.

They're Traveling The Country

I'm sure that being a part of the Bachelor family affords Tanner and Jade the opportunity to go on some cool trips, and I'm glad they're taking advantage of it. Here's Tanner sitting on the steps of the New York Public Library, pondering life. I don't know about other New York City dwellers, but I don't know if I'd sit there, Tanner.

From Paradise to real life, it seems like Jade and Tanner are really having a great time with their new married adventures.