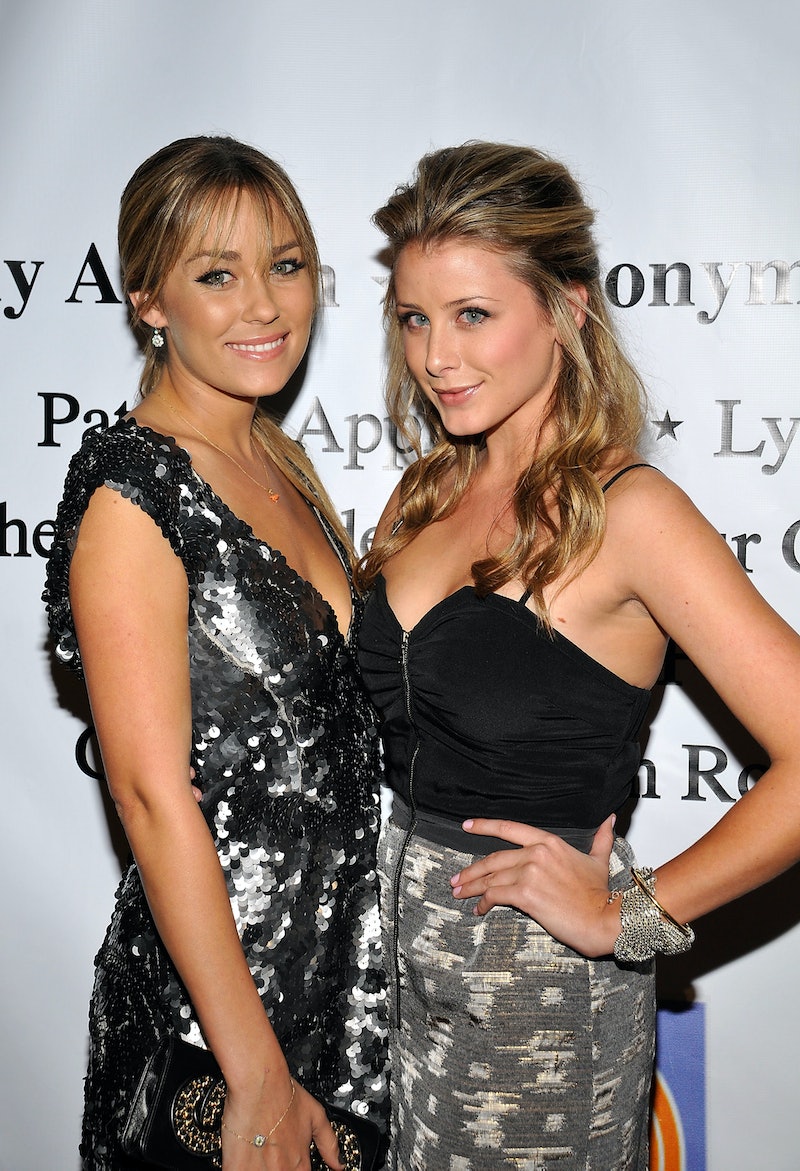 It's been 10 years since The Hills premiered, and since then, it feels like the entire TV landscape has changed — and yet there's no better time than now to catch up with old shows, especially on the eve of The Hills' 10th anniversary MTV special. And with that in mind, you may be wondering if The Hills is on Netflix. Unfortunately, no, your favorite streaming site does not have The Hills, though it used to be available years ago, so you're not crazy if you remember streaming the show awhile back. Right now, Seasons 2-6 are currently available on Hulu, and if you have Hulu Plus (or sign up for a free week-long trial) you can dive right in and start reliving all of those sweet, sweet mid-2000s memories.

But if you're really committed to using only one online streaming network, on only using one password and only needing one bookmark on your computer to reach all of the TV and movies you can possibly stream, then I have a solution for you. The Hills might not be available on Netflix, but in its absence there are a lot of other series that you can marathon instead. If you're looking for something that will take you back to when the biggest question on TV was whether or not LC was going to take an internship in France or try to preserve her relationship, look no further than the shows below, all of which are streaming on Netflix.

While The Hills was focused on Los Angeles, and Gossip Girl is its New York City counterpart. Both shows feature driven, Type A young women constantly stymied by their boyfriends, and then there's Chuck Bass, who is kind of like Spencer Pratt crossed with Brody Jenner, right? Gossip Girl and The Hills feel like two peas in a pod, even if one is scripted and the other isn't.

While the Beverly Hills 90210 remake is a little more Laguna Beach than The Hills, it's totally LA and filled with the kind of good looking super-tan people that populated the reality series. And the constantly churning drama will keep you watching from episode to episode.

Netflix doesn't have a ton of reality TV options, but this documentary feature about an ad agency is one way to dive into the high-stress work that the cast of The Hills experienced.

Once again, the protagonist is a teen rather than a college student, but this series about young Carrie Bradshaw working her way into a magazine in the 1980s slightly mirrors the Hills' arc about its cast's jobs as fashion and PR interns.

This Netflix original series is about a young woman who has to fight for her place at a lingerie company. A women-dominated drama about being a fashionable young ingenue constantly doubting herself seems like a good choice, and one that most people probably haven't seen before.

Wait, wait, wait — don't click away, I have a reason for recommending this creepy '80s homage. It's nothing like The Hills in form or content, but it is like The Hills in that it's the one show that no one can stop talking about right now. Even in the age of streaming series, there are always discussions to be had over good TV, whether it's a reality show about privileged California teens or Midwestern kids' close encounters.

Check out these shows as you gear up for that Hills reunion.