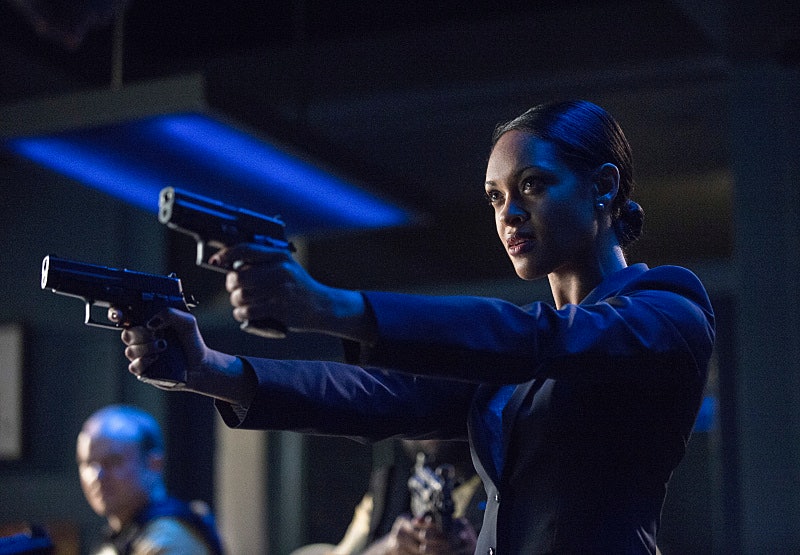 Audiences are counting down the hours until Suicide Squad hits theaters, providing fans with bad guys galore. Some DC Universe fans, however, are slightly less anxious to see Amanda Waller's team of villains, if only because they've seen the Suicide Squad on screen before, and recently. Before the release of Man of Steel, and long before DC decided to launch it's new cinematic universe, the comic book empire started what has now become a television dynasty with Arrow, a CW-approved version of the Green Arrow. The show has often teased wider connections to DC mythology, and, in a few episodes, even featured its own version of the Suicide Squad. The Suicide Squad on Arrow is definitely not the one presented in Suicide Squad , but that's not to say they don't have a few similarities.

Since Arrow debuted in 2012, DC has expanded its television presence with spinoffs The Flash and Legends of Tomorrow, as well as separate shows like Supergirl and Gotham. (It should be noted that Gotham is not connected to Arrow, but is still very much DC-inspired.) So, naturally, the show has dipped its toes into a wide range of DC storylines. Arrow introduced their own Suicide Squad in Season 2, titled, unsurprisingly, "Suicide Squad."

Arrow made no drastic changes to the Suicide Squad mythology. Just like in the comics and in the upcoming film, Arrow's Suicide Squad is a band of super villains gathered together by A.R.G.U.S. director Amanda Waller and implanted with bombs in their brains, ready to take them out if they disobey orders. The makeup of the Squad, which has changed throughout the years, on Arrow was vastly different from that in the film, though the leading member is the same. Deadshot, played by Will Smith in the movie and Michael Rowe on Arrow, featured heavily in the Arrowverse, specifically he was crucial to the introduction of A.R.G.U.S. and the Suicide Squad. He was also the first Suicide Squad member to make an appearance on the show. In addition to Deadshot, Arrow's Suicide Squad also featured Shrapnel (Sean Maher), and Bronze Tiger — neither of whom appear in the Suicide Squad film.

The Suicide Squad presented in Arrow was intended to be a recurring storyline, with members crossing paths with the Green Arrow. For example, Cupid, aka Carrie Cutter, appeared as a villain in Season 3, an episode that ended with her being sent to join the Suicide Squad. Deadshot, in particular, appeared in eight episodes between 2012 and 2015. They even teased Harley Quinn as a crazy Squad member.

Unfortunately, when the Suicide Squad movie cast was announced in 2014, it was clear that Arrow only had a little bit more time with their version of the villain team. As writer Keto Shimizu, who wrote for the show and digital comics, put it in an interview with MTV, "Obviously, DC, they'd rather not have multiple versions of their characters happening in film and TV. Certainly that affects what we're allowed to do in regards to Suicide Squad."

It's unclear why, exactly, the studio is happy to have two different Flashes running around and not two different Suicide Squads, especially since Deadshot is the only character that would be in both versions. In the movie, instead of Cupid or Bronze Tiger, the Suicide Squad includes Harley Quinn, Killer Croc, El Diablo, Katana, and Boomerang.

DC has been clear that its television properties will not cross paths with it's cinematic universe. And they've proven that to be true by casting a new Flash for Justice League, and creating an entirely new Suicide Squad. Luckily, it doesn't look like DC has any plans of killing off Grant Gustin's The Flash anytime soon.