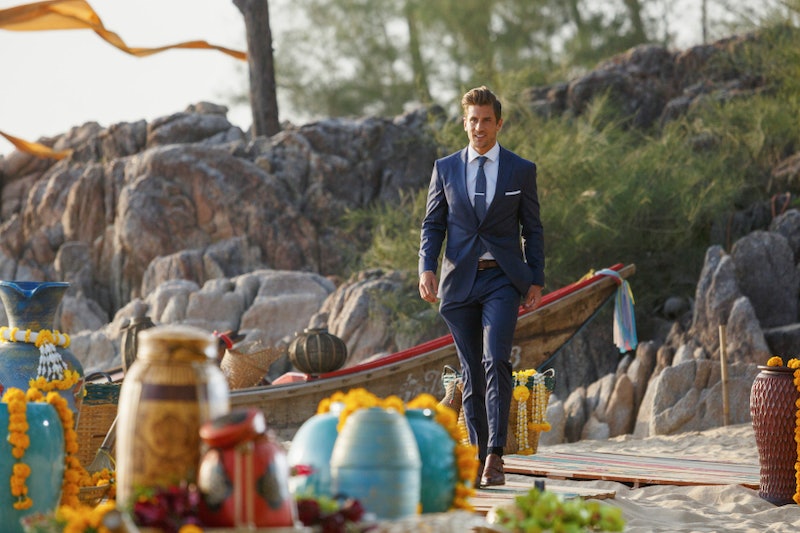 For the entire season, everything seemed to be coming up Jordan in JoJo's eyes, and yet during Monday night's Bachelorette Season 12 finale, he may have just done something that could alter the outcome of JoJo's final decision. It begins and ends with a simple question... or at least one that Jordan refused to ask. Since the beginning of their journey together, JoJo has made it clear that it meant a lot for the man she's going to marry to ask her father for her hand in marriage. (A tradition that is important to her, apparently.) So if that's the case, why didn't Jordan ask JoJo's dad for permission to marry her? Not because he needs her dad's permission (because, honestly, they should support her decision no matter what), but rather because he knew how much it meant to JoJo to see happen.

The biggest conclusion that I can make is that his decision to not ask has to do with the uneasiness he felt during his one-on-one time with JoJo's parents. They know the kind of pain and heartache their daughter has been through in the past, so understandably, they wanted to make sure that whoever she chooses will never do anything to hurt her. And while Jordan assured them they he wouldn't break her heart, he seemed a little uncomfortable with the seriousness of the conversation, which made him lose his confidence a little bit.

If that turns out to be the case, then that's not very reassuring of their relationship in general. JoJo's parents were bringing up legitimate concerns, so if that scares him away in any way, shape, or form, I'm worried of how he would handle things throughout the course of their marriage, which is bound to have its fair share of ups and downs. (Like any normal marriage does.) It's so great that JoJo and Jordan are able to joke around with each other and have a great time. But a marriage is about more than just fun and games. It's about commitment and taking that commitment seriously. And if Jordan can't do that, then maybe he shouldn't be getting down on one knee after all.