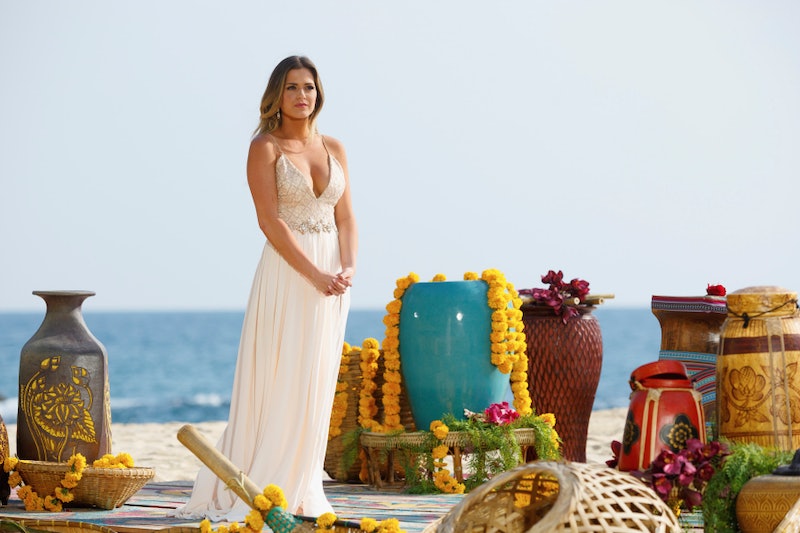 As expected, there was plenty of drama that went down during Tuesday night's The Bachelorette: Men Tell All, mostly thanks to Chad. However, that wasn't the only eye-catching element to come out of those riveting two hours, one of which involves The Bachelorette final rose promo that was released during the last few minutes of the episode. Obviously, we don't know who JoJo will choose on The Bachelorette , but given how torn and stressed out she appears to be throughout the clip, I think we should also consider the possibility that JoJo could choose no one to be with in the end, meaning that she may decline both Robby and Jordan's proposals.

In the preview, both her mother and brothers seemed very concerned with Jordan's intentions and whether or not he could eventually end up breaking her heart. This makes her decide to confront Jordan head-on, and his words don't seem to be all that comforting or reassuring. JoJo has proven time and time again that when she feels in her heart that something doesn't feel right, she does whatever she has to do in order to stay true to herself and her emotions. So it's very possible that all of this uncertainty will prompt her to reject both guys if they do indeed get down on bended knee. You can watch the preview below.

But that wasn't the only indicator that this happily ever after may not play out as she wanted. During her one-on-one interview with Chris Harrison, he asked her how she's doing in the aftermath of whatever decision she ends up making and her response was somewhat cryptic. Pretty much all she said was that she's doing well and is happy with where she currently is in her life, which is great but doesn't necessarily prove that she's engaged to the love of her life.

Granted, JoJo could be just trying to be as cryptic as possible so that we'll feel uncertain of how this will all play out. But there was just something in the way she referred to herself that made me think she might still be trying to find her Mr. Right.