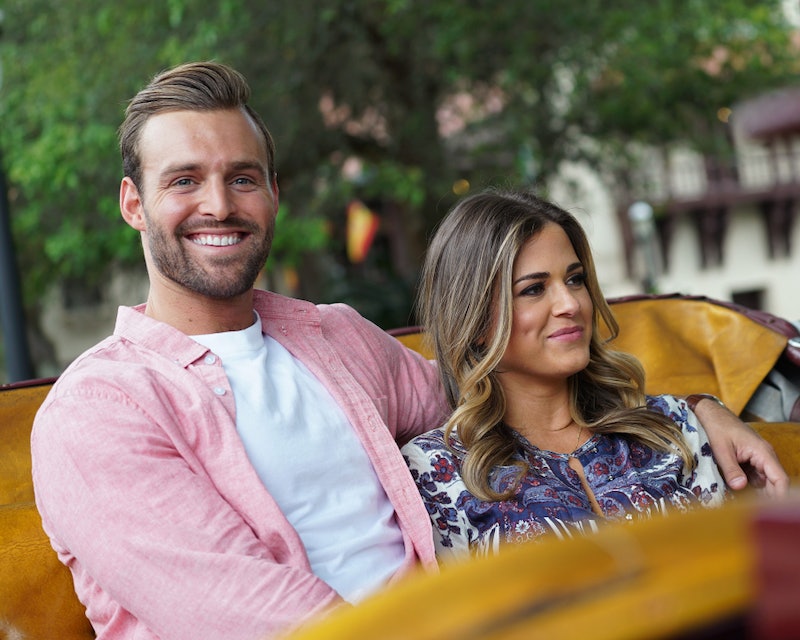 The Bachelorette finale is finally here, which means JoJo Fletcher is about to choose the man she wants to spend the rest of her life with. But first, both of her top two men have to meet her parents. On Monday night's episode, Robby and Jordan both got to sit down and talk with JoJo's family separately, and it went a lot better for one of the dudes than it did for the other. After meeting both guys, JoJo's parents obviously liked Robby a lot better, even though they claimed that JoJo had two good options in front of her and they'd embrace either man as part of their family.

I mean, they definitely liked Jordan, because let's face it — he's really charming. What's not to like? And when he left, JoJo was shooting him some major thumbs up as he drove away, and she knows her mom and dad way better than anyone else. But her parents' reaction to Jordan was nothing like their response to Robby. After he left, JoJo's dad was actually crying having spoken to someone who loved his daughter so much. And being that according to JoJo, he doesn't get that emotional that often, that basically says everything you need to know.

Of course, this could have something to do with the fact that Jordan didn't ask JoJo's dad for permission to marry him the way that Robby did. Not that it's necessary in 2016 (or ever), but it did seem to be important to her and her family. And where they expressed concerns about Jordan, they didn't seem to worry about Robby at all.

It's a done deal, guys. If JoJo's parents were making the final decision, they'd be telling Robby to get down on one knee. But will her parents' opinion have enough influence to sway JoJo's decision? We'll have to wait to find out!