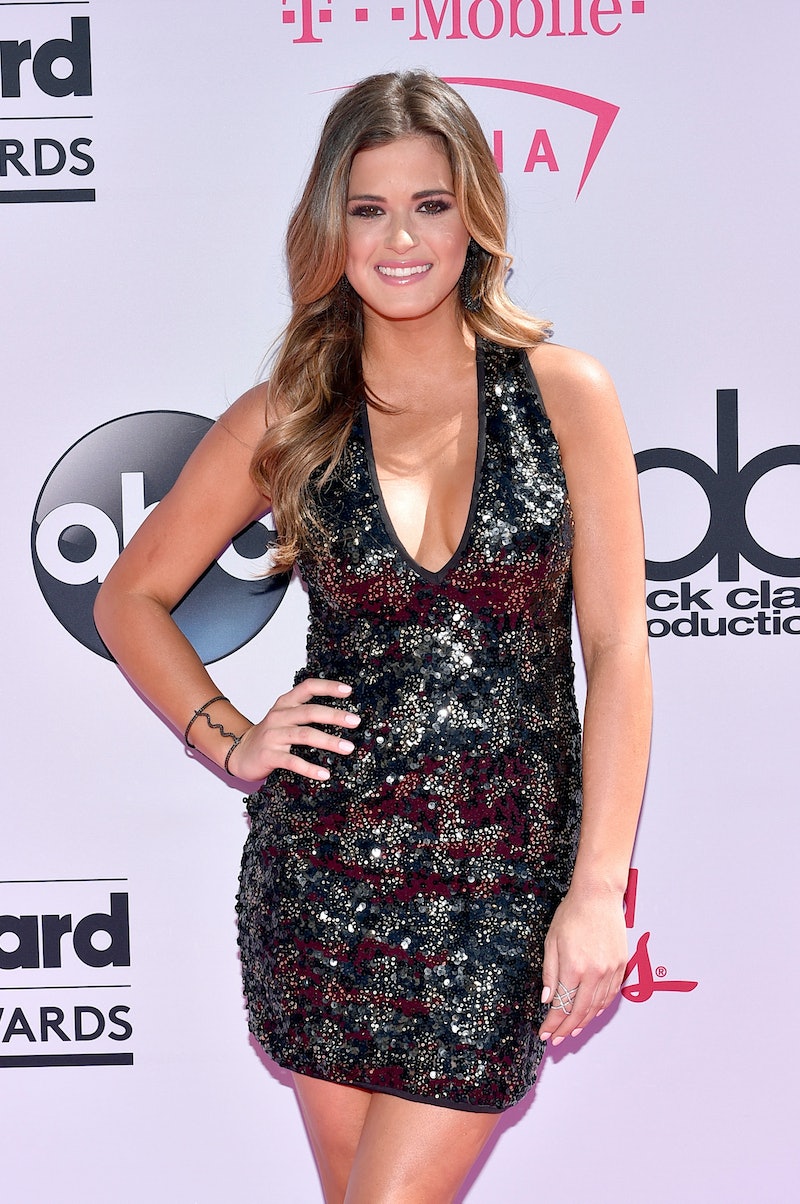 No finale of a reality TV love show is without drama, but you probably missed one of the most dramatic moments of The Bachelorette finale. The incident came during After The Final Rose when some eagle-eyed Bustlers noticed JoJo Fletcher and Ashley Iaconetti basically wearing the same dress. That's right, Ashley I. (hopefully accidentally) stole JoJo's magic post-engagement moment by looking pretty much just like her. I don't think Ashley did it on purpose (or did she?), but I am surprised that The Bachelorette stylist didn't pull JoJo a one-of-a-kind look for her big fiancé reveal or check what the audience would be wearing.

To be fair, the dresses aren't the exact same style. Both are tied differently and are different brands so they didn't look exactly the same, but the color and style were close enough for me and some fans to notice, so it's possible JoJo and Ashley did too. Super awkward right? That's like showing up to a wedding wearing white along with the bride! At this rate, JoJo better not invite Ashley to her wedding with Jordan! (Just kidding... maybe.)

Fortunately the ladies differed a little in hairstyle. JoJo went for a full on ponytail and Ashley I. opted for the half up, half down look. Still, they look pretty dang similar. Here's hoping they see the fun in it and take a silly #twinning picture for Instagram.

It's not fun to end up wearing almost the same thing as someone else to the same event, but, if the ladies just laugh it off, they'll leave with the upper hand — identical outfits or not.