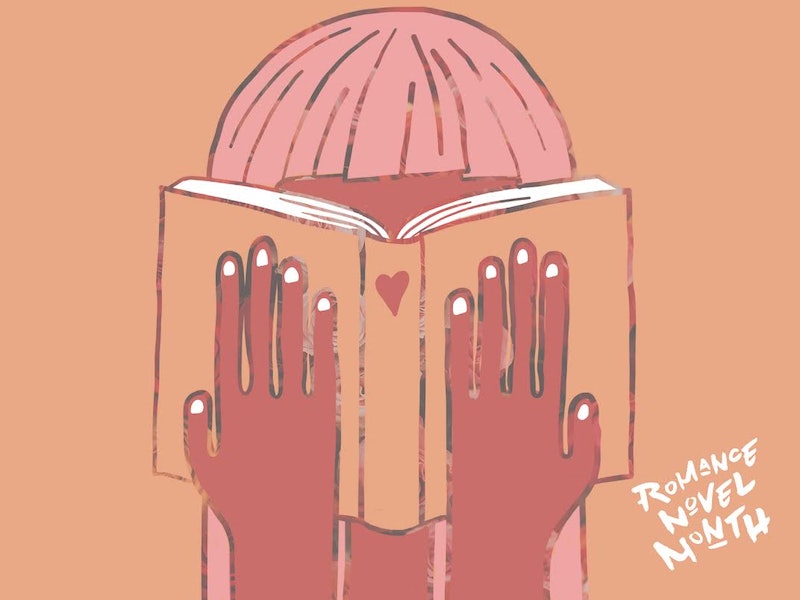 The words “romance novel” can call up a lot of images, from your mother’s bookshelf to paperback covers with bare-chested men holding women whose dresses look in danger of slipping right off. Maybe thinking of the romance novel genre even makes you titter over words like “member” and “manhood.” (That memorable scene in the guidance counselor’s office from 10 Things I Hate About You is probably to blame.) If those are your only associations with the popular genre, you’ve come to the right place: This is Romance Novel 101, where you’ll learn what exactly a romance novel is and why you should be reading them.

For as important as the genre is to the publishing industry, romance often doesn’t get the recognition or respect it deserves. There are a lot of people out there who don’t think these novels are worth their time or who are embarrassed to admit they read them. At the same time, there are also people who already read books that they don’t realize fall under the romance umbrella. The genre is more sophisticated than many give it credit for, so it’s time to break it down and bust some myths.

Your road to accepting happily ever after starts now.

What is a romance novel?

As the name of the genre implies, romance novels focus heavily on romantic relationships. According to the Romance Writers of America, “two basic elements comprise every romance novel: a central love story and an emotionally satisfying and optimistic ending.” These core ingredients are key, but from there, authors are free to be as creative as they want to be. I won’t pretend there aren’t any formulaic romance novels out there, but there are also endless possibilities for creating a wonderful story — as many writers do.

The romance category is enormous. Within it, there are numerous subgenres you can turn to that match your specific interests. Some of the biggies include contemporary and historical; the divide between the two — again, according to the RWA — is the year 1950. Anything set before that year is considered historical, while books set after fall into the contemporary category.

As with any genre, the quality of writing varies from book to book and author to author as well, so if you’re only expecting to find cheesy hookups on the pages of romances, think again. Some authors may make you roll your eyes with talk of “his staff” or “her most secret, womanly place,” but you’ll find other writers that skillfully craft sexy scenes. There is no shortage of talented romance novelists out there, and anyone who says differently hasn’t read enough of the genre.

There’s a certain stigma associated with romance novels, making the books something of a guilty pleasure for many readers. The reasoning isn’t totally cut and dried, but one major reason the genre takes so much flack is because it is written, read, and edited mostly by women. The irony, however, is that the maligned novels account for a huge percentage of books sold each year — in fact, they make up a $1 billion-plus industry.

So, who are the people reading all of these books? As I mentioned above, they’re largely women, but it’s not just your mother reading romances. Statistics actually show that the majority of romance readers are young women between 18 and 44 years old. They’re people who, by virtue of the genre, adore a love story with a happy ending — can you blame them?

Beginning on August 1, Bustle will host Romance Novel Month , a month-long celebration and examination of the romance novel genre. But don't worry, romance readers: the coverage won't end in August. We're proud to support romance novels, and we will continue to do so all year long.