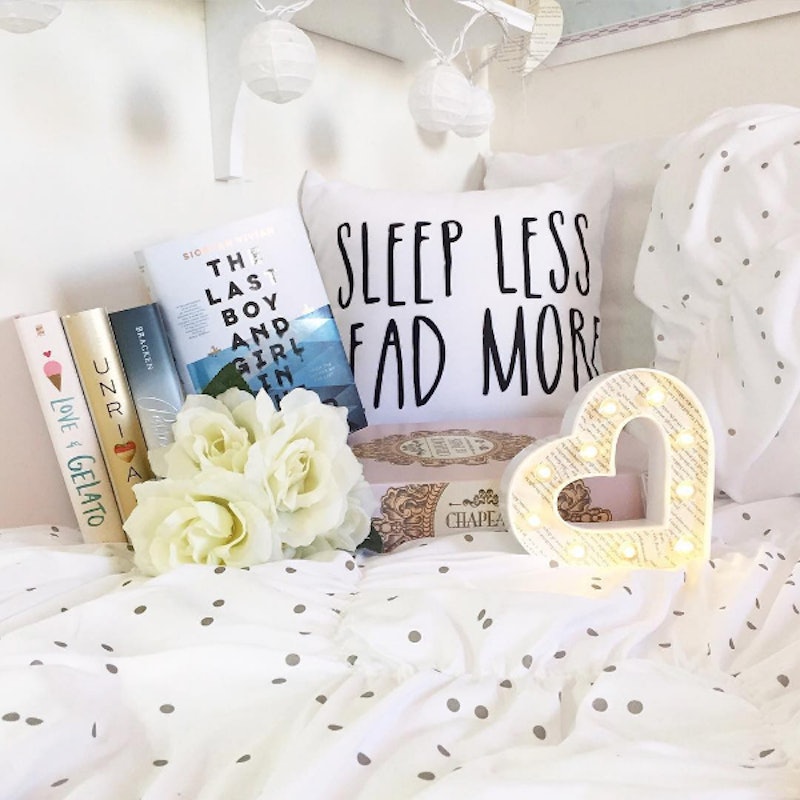 Romance comprises a booming corner of the book sales industry, but who reads romance novels, really? Are all romance novel readers sad spinsters with more cats than dates? And why don't they read something good for a change?

In a fun, new infographic, Nielsen BookScan has compiled up-to-date information on who reads romance novels, and some of the results might surprise you. It's not exactly newsworthy to announce that the vast majority of people who read romance novels are women, but men make up a respectable 16 percent of romance enthusiasts.

Despite being pooh-poohed as lowbrow literature for middle-aged women, romance novels comprised nearly one-third — 29 percent — of the 2015 fiction market. In 2013, romance novel sales exceeded $1 billion, according to Romance Writers of America. There are even entire bookstores devoted to romance novels!

So why does romance — and the people who read it — have such a bad reputation? I'll give you a hint: the answer starts with sex and ends with ism . Seriously, there's a giant, gendered pock mark on books women write and read.

And believe me, romance is women's fiction. Male authors who write romance novels are encouraged to publish under female psuedonyms to help their sales numbers — making romance the only corner of the industry that doesn't have women writing under male names.

According to Nielsen BookScan's data, romance novel readers are overwhelmingly white, young, and female. However, people of color make up roughly one-fifth of the romance audience, while people aged 45 and older hold more than 40 percent of the market.

And although many people — myself included — might erroneously believe that self-published e-books are the bulk of today's romance market, it appears that almost one-quarter of the people who read romance novels discover new material via in-store displays.

Does Nielsen's infographic bust some myths and misconceptions you've believed about people who read romance novels? Let's talk about it on Twitter.

More like this
The Most Anticipated Books Of August 2022
By K.W. Colyard
10 Must-Read New Books Out This Week
By K.W. Colyard
The Biggest Differences Between 'Bullet Train' & The Book It’s Based On
By Arya Roshanian
'The Sandman’s Ending Is A Departure From Neil Gaiman’s Comic Book Series
By Kadin Burnett
Get Even More From Bustle — Sign Up For The Newsletter