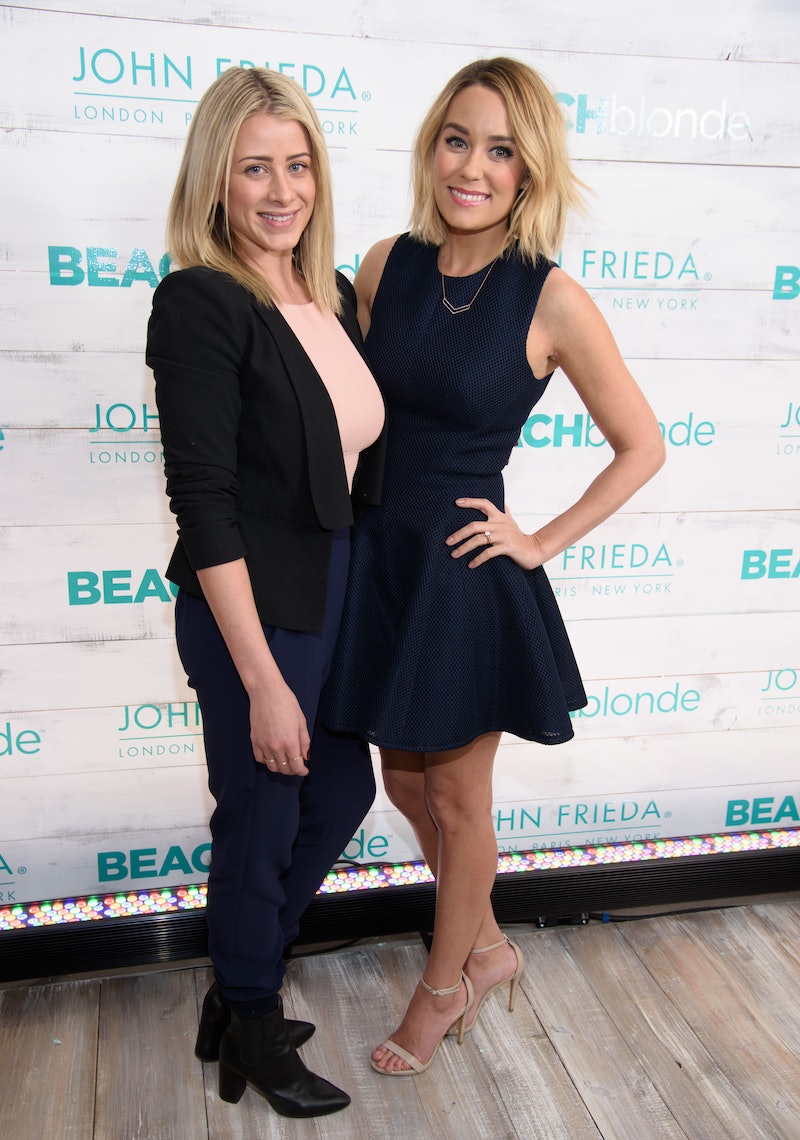 It's legitimately mind-blowing to consider that it has been a whole decade since we first followed sweet, teenage Lauren Conrad from Laguna Beach to Los Angeles, where she became queen on The Hills. Nowadays, Lauren has built a pretty fabulous lifestyle/fashion empire for herself but we have all been left with lingering questions regarding the series that launched her star. Was it scripted? Is Speidi real? Did Lauren really skip Paris for Jason? More importantly, are Lauren Conrad and Lo Bosworth still friends? These are the burning questions of our generation and they have been left hanging in the atmosphere for too long. Luckily, MTV is giving us some answers with a reunion special entitled, The Hills: That Was Then, This Is Now on Aug. 2.

That final question is a complicated one because Lauren and Lo have seemingly grown up before our very eyes, so they will always have that connection. Viewers first met them way back in 2004 when they were seniors in high school on Laguna Beach. These two were the best of friends and completely inseparable. As time went on, they ended up leaving Laguna for separate colleges, but they remained close. Things got a little more distant between them when Lauren took off for Los Angeles and began starring in my favorite spinoff show, The Hills. For a while, Lo was nowhere to be found on the new show and it seemed like Heidi Montag and Audrina Patridge were taking over for her former bestie. Luckily, the second season brought Lo to Los Angeles and the two were reunited when Lo took a supporting role on The Hills.

Then Lauren and Lo moved into a house together during filming. Obviously, their best friend status was going strong at that point, and it looked like they would never drift apart. But, from the looks of things right now, I would say they have drifted a little bit. Their last photo together was from 46 weeks ago on Instagram. Of course, that's not a bad thing. As adults, we can sometimes see our pals less and less because, let's face it, life gets in the way.

One major life moment for Lauren was when she married musician William Tell in 2014. Of course, Lo was a bridesmaid, according to E! Online. So, as recently as 2014, these two were still extremely close.

Still, looking at their respective Instagram accounts makes me think that they aren't really able to hang as much as they used to. This doesn't mean that they aren't good friends, though. You see, Lo

is currently shacked up in New York City with her man and running a podcast called Lady Lovin' with two of her friends, and Lauren is living in Beverly Hills with her husband, while teaching us all how to have a Pinterest-worthy life. Living on separate ends of the country can make it tough to get together, even for jetsetters like these two.

My verdict is that these forever besties are still going strong and are simply feeling the long distance love for each other. Hopefully we will hear about their friendship on the reunion Aug. 2 at 9 p.m. on MTV.