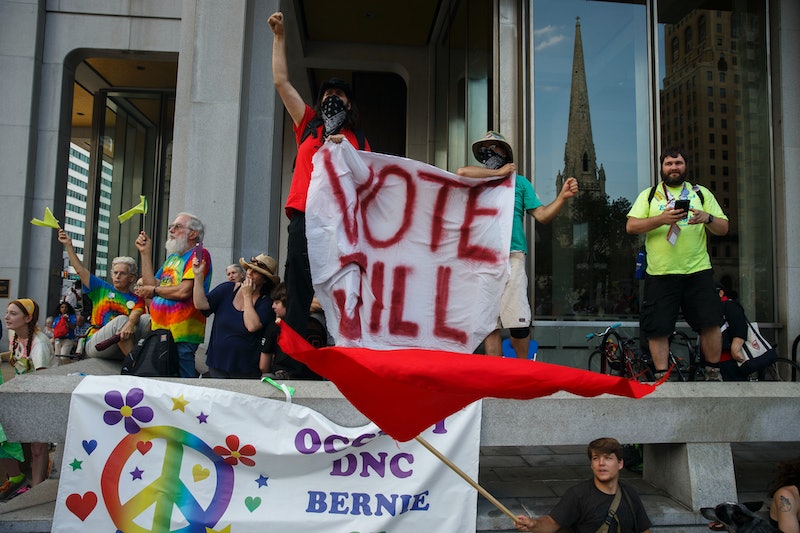 At the Green Party Presidential Nominating Convention from Aug. 4 to Aug. 7, Jill Stein is expected to be made the party's official nominee for the 2016 presidential race. Days ahead of the convention, she's announced her selection of a running mate, whom convention attendees will also likely vote in. Who is Ajamu Baraka, Stein's vice presidential pick? He's got an extensive record of advocating for human rights both in the United States and abroad.

Over the years, Baraka has taught political science and guest lectured at several colleges. He's currently an associate fellow at the progressive think tank Institute for Policy Studies. The main thread that runs through the past several decades of his biography is his commitment to protecting human rights, which he has pursued in various ways. From leading trainings for grassroots activists, to giving briefings to Congress, to serving on the boards of international human rights organizations, Baraka has done this work on different levels.

Baraka worked with Amnesty International to uncover human rights violations within the United States and to oppose the death penalty in the '90s. From 2004 to 2011, he served as the founding executive director of the US Human Rights Network, the first group in the United States whose goal was to apply international human rights standards to the country. USHRN spearheaded the Katrina Campaign on Internal Displacement, which sought to designate people who lost their homes during the hurricane as "internally displaced," a designation that highlights the government's responsibility to protect them. Baraka currently coordinates the Black Left Unity Network's Committee on International Affairs.

Stein announced Baraka as her choice after former Ohio State Sen. Nina Turner, who campaigned hard for Sen. Bernie Sanders, declined the VP spot Stein offered her. But Stein doesn't seem at all disappointed with her selection:

Ajamu Baraka is a powerful, eloquent spokesperson for the transformative, radical agenda whose time has come — an agenda of economic, social, racial, gender, climate, indigenous and immigrant justice. Ajamu's life's work has embodied the immortal words of Dr. Martin Luther King: Injustice anywhere is a threat to justice everywhere.

Stein herself has advocated for human rights for decades, mainly with her environmental activism that focused on the needs of people in poverty, people of color, and Native Americans. The Stein-Baraka ticket is fiercely progressive, offering two candidates whose primary political experience is not in office, but in the sphere of activism and advocacy.