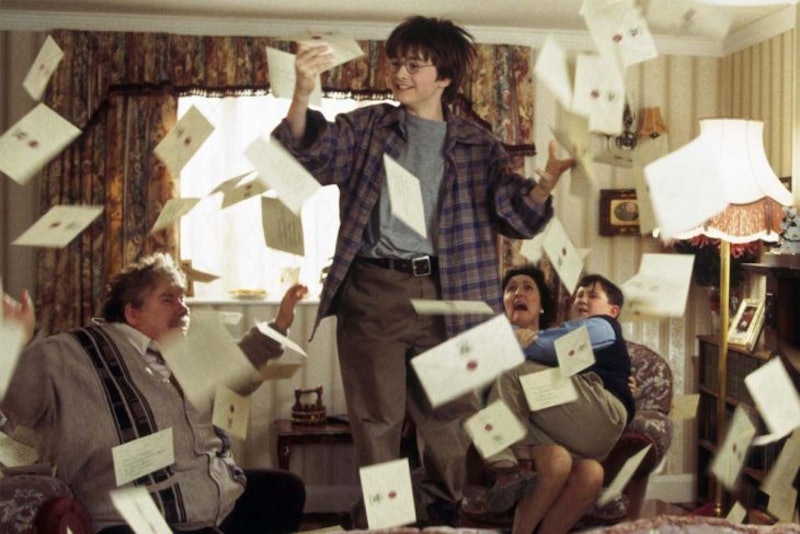 Since 1997, readers have been left disappointed as year after year has gone by with no letter-delivering owls arriving to sweep them off to Hogwarts School of Witchcraft and Wizardry. Now, you can finally get your Hogwarts letter by acing this Harry Potter quiz. Thank Dumbledore!

Last year, one simple tweet from J.K. Rowling made us all feel a lot better about never boarding the Hogwarts Express. She wrote: "All these people saying they never got their Hogwarts letter: you got the letter. You went to Hogwarts. We were all there together." While that's comforting, there's actually a much better reason we never got our owls.

When Voldemort returned and took over the Ministry of Magic in 1997, his Death-Eater-run administration destroyed the Ministry's records of all witches and wizards born to muggles after 1985. If you were born to non-magical parents between 1985 and 1998, you didn't get your Hogwarts letter because the school simply didn't know you existed, and couldn't invite you to hone your magical talents in its hallowed halls.

In light of what happened to our generation, one would hope that the Ministry and Hogwarts have put policies in place to prevent this situation from happening again. Like, you know, indestructible records? Just a thought.

To get your Hogwarts letter, you must correctly answer seven questions about the main Harry Potter installments. Don't worry; you can guess again if you miss one. Best of luck!