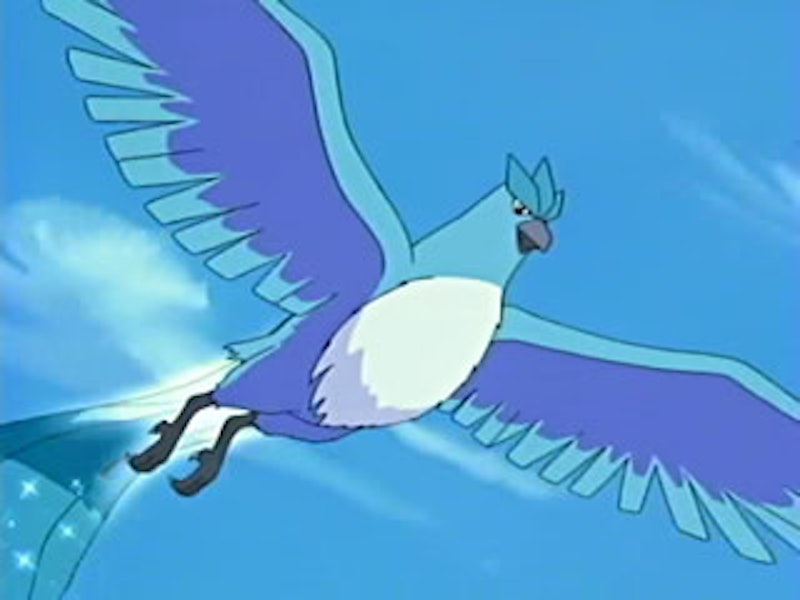 Well folks, it was just a matter of time before fans of Pokemon's new app got a taste for the finer things in life. While many players inquired many message boards if and how you can catch Articuno in "Pokemon Go", others were playing the game to find out. Turns out that this second technique may work, because a player in Ohio has seemingly captured, and is playing with, a legendary Pokemon. Take a moment to breathe in and out because like me you must be experiencing bouts of extreme jealousy right now. In and out people. In and out.

Kaitlyn Covey, a "Pokemon Go" player in Ohio, posted a Facebook update showing screenshots of her newly owned Articuno. According to Kaitlyn, the game's creator Niantic gifted the Pokemon to her. Since her post reached the masses, more and more questions have risen about the legitimacy of her original statement. Would a company just "gift" a rare Pokemon to a user for seemingly nothing? Even if Kaitlyn Covery pointed out a glitch in the system to them, it seems to this Pokemon highly unlikely they would have done that for her.

The comment section on the post as well as the internet is abuzz. Everyone wants to figure out if and/or how this entire thing was faked. Some suggested that this was an internal bug, a glitch that turned a normal Pokemon into the legendary representative of Team Mystic. Others think that Kaitlyn herself faked the photos. What I want to know is if Kaitlyn didn't fake this entire thing, how can I get my hands on this Pokemon?! The video she posted makes me cry from envy.

While I can't prove that the video is real, I can say that it makes for a pretty good case that this isn't a hoax. I still think you are better off looking for other Pokemon instead of wasting your time looking for the legendary ones. Yet...I can't help but pray that I stumble across one myself.

So can you catch the ultra rare Articuno in "Pokemon Go"? Probably not. The website Geek reached out to the game developers and wrote:

The spokesman said, after checking on the issue, that the Articuno “was not from Niantic. it’s either a spoof or someone hacked the game,” but added that the company is still “looking into it” and there aren’t “clear answers at the moment.”

So there is hope for us PokeFans yet. Maybe it was all a huge promotional stunt or maybe a glitch in the system. This shouldn't stop you from getting in your car and making a road-trip happen in order to search for those rare Pokemon creatures. Maybe we will see a Mewtwo appear in the near future? Here is to hoping!