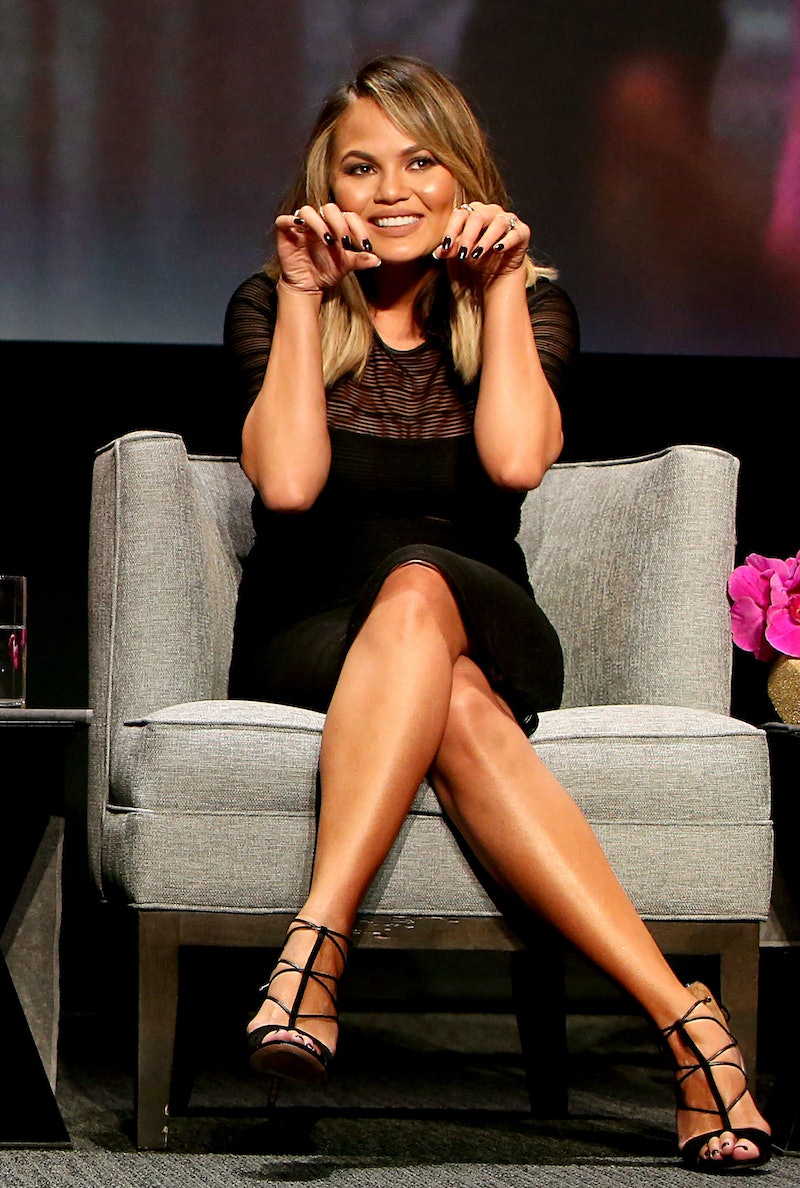 It's hard to imagine a supermodel more relatable than Chrissy Teigen. Maybe that's because she has a totally genuine (and wildly successful) obsession with food, but it also helps that she's never afraid to speak her mind, especially when it comes to Donald Trump. As the world has watched Trump become the very real punchline of American politics, more than 2.2 million Twitter followers have watched Teigen tweet about Trump and the election — and she's usually saying what we're all thinking.

For every unwarranted insult that Trump launches into the Twittersphere, Teigen has a 140-character zinger in his replies. For every questionable retweet on Trump's profile, Teigen has a share-worthy retweet on her own profile. Whether they're concerning Trump, her feelings on the Miss Teen USA pageant, or something else altogether, Teigen's tweets are gold — but you probably already knew that.

Research shows that most Americans now get their news from social media — a scary, but not unbelievable, thought. Let's hope that plenty of those social media users are following Teigen — or her husband, John Legend, who recently "feuded" with Donald Trump Jr. on Twitter. It's not just about the Trump comments, though — it's about the entire madness that is the 2016 U.S. presidential election.

Teigen isn't the only celebrity who has taken a public stand in the upcoming presidential election, but she's definitely one of the most entertaining to follow on social media. In all seriousness, though, whether you agree or disagree with Teigen's iconic anti-Trump rants, your vote on Nov. 8 will count just as much as hers. Brush up on each candidate now, follow Teigen if you want the regular Trump updates, and then get to a polling station on the big day.