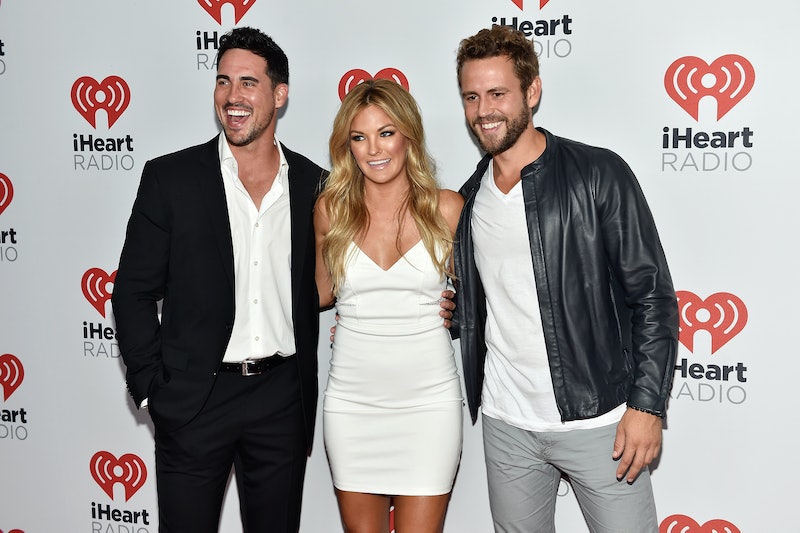 Nick Viall didn't think he could be the runner-up on Bachelor in Paradise this season, because it doesn't work like that. But, he may be wrong. After hitting it off with Amanda from Ben's season, Nick may find himself competing for her heart alongside Josh Murray from Andi's season. It's a position he knows all too well, and I can't wait to see if Amanda picks Nick or Josh on Bachelor in Paradise .

Of course, it's also possible she picks neither and that the promo is misleading us into thinking Nick and Josh will have beef over Amanda, but I think there will be some drama between the two –– even if just for an episode. It's honestly so amazing to me that both Josh and Nick will once again be competing for the love of one woman. Amanda has all the power, and Nick and Josh are forced to sit back and see which one she likes better.

I love it, guys. I love the drama and I love that, after everything they went through with Andi, they're right back to square one battling it out over one woman. Can we ignore all the other couples this season and just focus on the Nick-Josh-Amanda love triangle please? I'm dying to know what happens.

If I had to guess, the promos make it look like Amanda and Josh hit it off more, which is a source of frustration for Nick. "I know Nick has taken Amanda out already, but honestly I don't care," Josh says in the promo.

And, as for social media clues, Josh follows Amanda on Twitter and she follows him, but Amanda and Nick are not following each other. So... it's looking like maybe Nick will be a third time runner-up after all –– and twice to Josh Murray. Yikes.