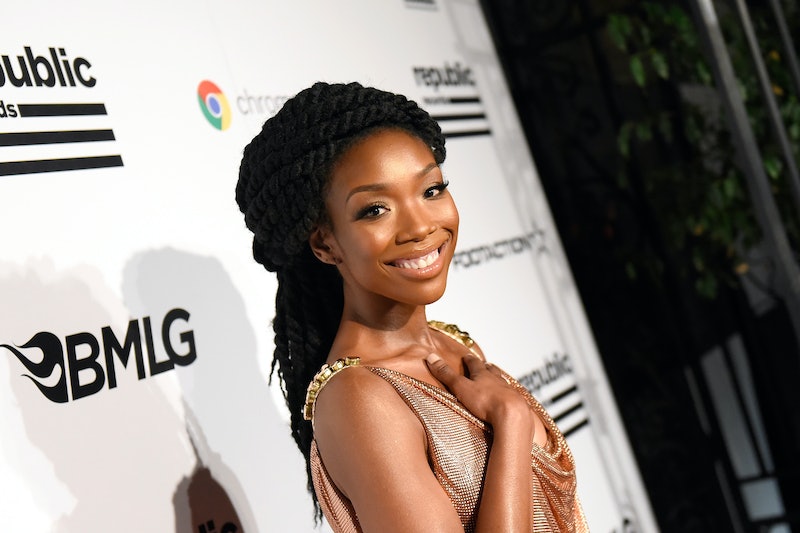 Popularity is a tough and mysterious beast to get on your side. When it comes to the music industry, it doesn't always follow that the best songs, albums, or performers will instantly gain the popularity that they so clearly deserve. So many of us are probably guilty of loving terrible songs from the '90s or of giving popularity to artists who were only capable of a lonely one hit wonder before fading into obscurity. As a result, there were countless underrated albums from the '90s which should have been more popular, but, for one reason or another, simply weren't.

Part of that could just be that the music was too ahead of its time or that the music scene of the '90s was too concerned with being cool and looking the part, when it should have been sounding the part. Whatever the reason, these albums just didn't receive the love they were worthy of. These are albums which deserve to still be celebrated as being some of the best that the '90s had to offer, and yet don't seem to be. They're full of innovative melodies and ideas, unique approaches, and the sort of dazzling songwriting that went completely under the radar back in the '90s. Make no mistake, these albums are all classics in their own right and deserved way more popularity than they got.

This album has everything: killer vocals, some heavy emotions, genius rhymes, and a genuine sense of power that is emboldening for any women listening in. Though the album was popular enough when it was released (mostly off the back of hit single "Doo Wop (That Thing)"), it deserved far more attention and celebration than it ended up receiving. Simply, The Miseducation Of Lauryn Hill is a masterpiece.

I'm sure that many of you listened to, and loved, hit single "Sexy Boy," so it was just a shame that the entire album from which the song came (Moon Safari) wasn't just as popular. Every song delivers such blissfully sweet samples of French electro-pop that it's frankly irresistible from start to end.

"Cannonball" was such a massive hit for The Breeders that it completely overshadowed the rest of their musical output. And that is a total shame, because their albums were just as good as that single promised. Last Splash was one of their absolute best.

As far as debut albums go, Baduizm is beyond jaw dropping. Full of the sort of outright confidence, outspoken lyrics, and unapologetically raw sensuality that have come to define Badu's charismatic back catalogue, Baduizm deserved to be one of the most popular albums of the entire '90s.

"Sabotage" was a huge deal for the Beastie Boys, giving them repeated airplay on MTV (thanks, in small part, to its genius, retro video by Spike Jonze) and pushing them into the mainstream three albums into their career. Ill Communication is by far one of their best albums, which retains their punk spirit perfectly alongside their own brand of quirky, innovative hip-hop.

6. Without You I'm Nothing — Placebo

With its constant commentary on gender politics, sexuality, and the hollow nature of hedonism, Without You I'm Nothing tends to get discredited as being little else but angst fodder for frustrated teenagers (and seriously, what's so wrong with that?). But, as far as alternative albums go, it's actually one of the best of the '90s.

Best Track: "You Don't Care About Us"

So much party, you guys. It's no surprise that Daft Punk are still going so strong and brilliant today when you consider how utterly brilliant Homework is. Like, stupidly so. It was pretty underground when it first came out, which is ludicrous. Just look at how stupendous their entire sound is, and how big it's become now.

Best Track: "Around The World"

Adore was, sadly, critically panned when it was first released. Sounding completely different from the rest of the band's back catalogue, the album notoriously used a drum machine in place of the talents of The Smashing Pumpkins' drummer Jimmy Chamberlin. The thing is, though, that the drum machine totally works to the bands advantage, only highlighting the dark love songs and nostalgic pop that saturates every song on it.

Formidable Skunk Anansie frontwoman Skin had a presence and a vocal range like nobody else in rock music, and Stoosh was spectacular for showcasing those talents. The album is raw, unapologetic, and full of defiant female energy.

You may well remember All Saints' single "Never Ever," but do you remember the album it came off of? Probably not, and that's a genuine shame. The girl group never quite reached the mainstream levels of popularity that they were capable of, and this album has tremendous blasts of R&B pop that deserved to be appreciated.

Best Track: "I Know Where It's At"

Controversial and rebellious, all female metal band L7 never got the appreciation that male bands of the same genre all seemed to gain during the '90s. Bricks Are Heavy is metal perfection. Put it on your MP3 player next time you're having a bad day, and let these ladies rock those feelings out for you.

I'm sorry, but this is easily one of the greatest R&B albums of the '90s, and yet people don't seem to still be giving it the love it so blatantly deserves. I can't understand why at all.

Best Track: "The Boy Is Mine"

Following up on the colossal success of Jagged Little Pill was never going to be easy, and, when Supposed Former Infatuation Junkie was first released, fans and critics alike seemed dismayed to discover a complete change in tone. Gone was the guitar-led radio-friendly tracks of Jagged Little Pill and in their place were industrial sounding blasts of layered, tactile noise. But that sound not only totally works for Alanis, but it's also probably her best album.

Best Track: "I Was Hoping"

Just because these albums weren't as popular as they deserved to be back in the '90s doesn't mean they have to go so unloved now. Do yourself a favor and revisit all of these slices of musical genius immediately. Give them the love they so clearly deserve.