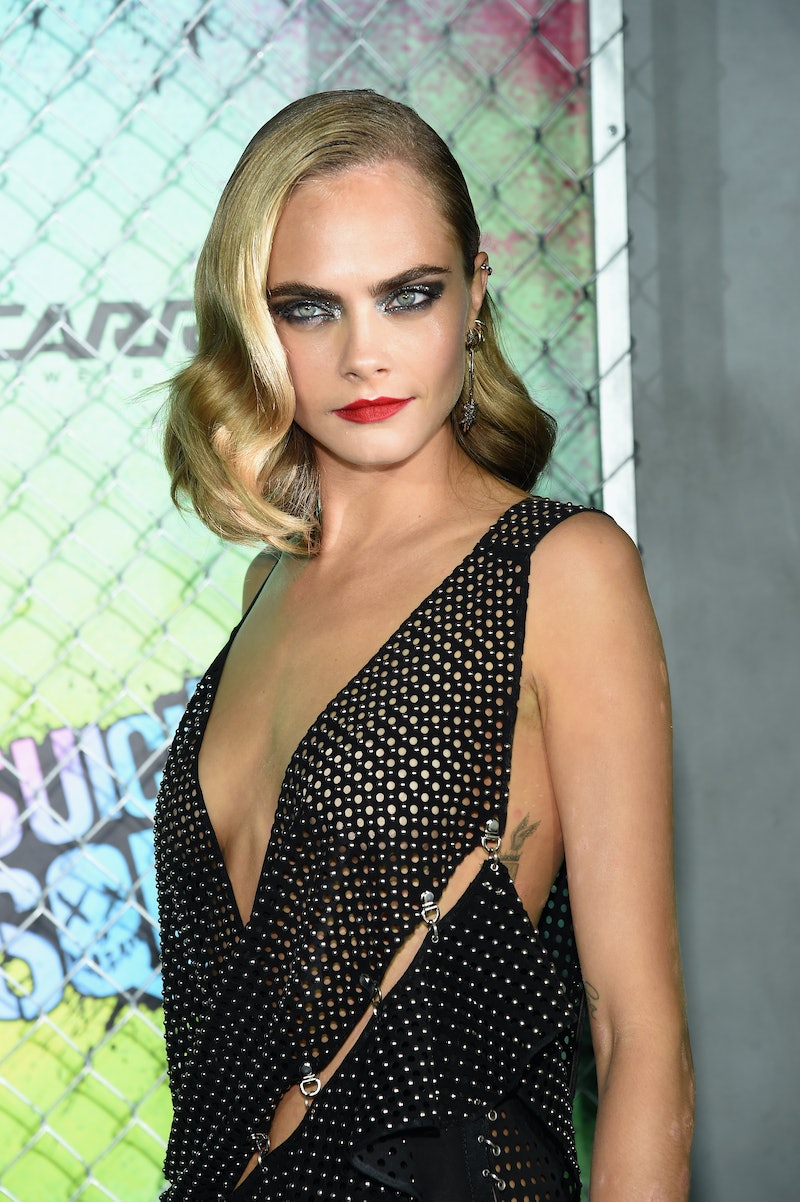 While she's built a career as a supermodel, Cara Delevingne can double as a role model. She's been vocal about her struggles with mental health issues. And as she's said herself, she's proof that it's possible to work through those feelings of self doubt and find success. In her new interview with Elle, Delevingne opens up about her depression and why she's shared the story with her fans. The reason is pretty awesome. The 23-year-old explained,

"I couldn't just sit there and listen to these girls, and boys, too, but usually girls, say this stuff, about bullying, about their sexuality, depression, and guilt and suicidal thoughts and just all of it, without being like, 'I have been through that, and it's going to be OK.' If I can help a teenager go through a better time than they should be, then I am going to f*cking do that. I mean, f*cking being a teenager suuuccccks. And I somehow came through the other end."

She's right, teen years are undeniably rough and dealing with the aforementioned struggles can only exacerbate things. If opening up and sharing her story helps even one person feel less alone, that makes it worth it. Back in March, Delevingne first tweeted about her depression and explained why she had taken a hiatus from modeling. In a worthwhile move, she focused on self-care first. This sends the message that it's OK to take a break and put your own mental health first.

As for how exactly she copes with her depression, Delevingne also talked to Elle about how much she enjoys yoga. The Suicide Squad star said,

"For me, yoga's the only way I can really feel things and check how I am. Because there is always pain somewhere, even if it's completely irrational pain, and it's always good to find it and get it out. If I don't cry pretty much every day I will hold it in, and it will manifest in me in things that are destructive, like my skin."

It's great that yoga has been a healthy way for the actor to keep her emotions in check. Whether or not that's the solution for others is not really the point; instead, it shows that, as she said herself, she "somehow came through the other end." Mental illness affects one in five people, yet it's a subject that tends to get swept under the rug. By breaking down those barriers and starting a conversation, stars like Delevingne may help others feel more comfortable speaking out. If seeing big-name celebs share their stories, it could potentially inspire people to get help who need it.

Regardless, Delevingne's dedication to helping teens is admirable. And hopefully she keeps talking about depression — lessening the stigma a little bit each time.