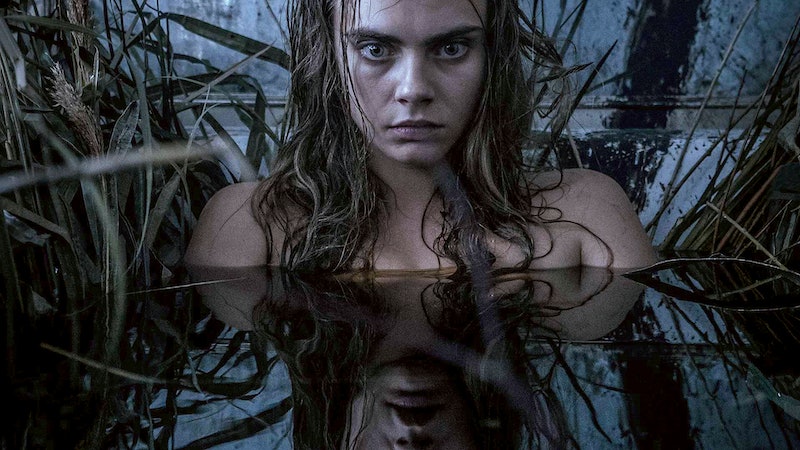 Settling into a movie theater seat with my tub-sized frosty soda is one of my top ten dead-of-summer activities. But the spring to summer blockbuster season annually does a number on my wallet. Every week, there's a new sequel or comic book movie to experience. This week, it's Suicide Squad, debuting Aug. 5. Like Captain America: Civil War, X-Men: Apocalypse, and Star Trek Beyond before it, Suicide Squad is coming to theaters in different formats. I struggle with this question for every tentpole summer release: when a regular movie ticket is already pretty pricey, is it worth it to upgrade to that much touted third dimension? Each movie presents a different case, in my opinion. So should you see Suicide Squad in 3-D?

Compared to those other major releases I mentioned, the plot of Suicide Squad is relatively earthbound. I can more easily see the appeal of watching starships cut through the galaxy through the lenses of 3-D glasses than say, Harley Quinn swinging a baseball bat at some poor jerk's head. Yes, Suicide Squad deals with otherworldly elements in the form of its metahumans (definition: people with powers); and the trailers show no small amount of explosions, car chases, and other visually dynamic scenes. But those kinds of sequences can and should look plenty cool without the added effect of 3-D. I even fear that the 3-D might blur or dull some of those moments.

Because the option is there, I feel sometimes that by picking 2D instead of 3-D, I'm not seeing the movie "as it was meant to be seen." But that's really only the case for movies that are filmed with 3-D technology (like Avatar) and not converted after the fact. Don't forget that theaters are competing with streaming services and massive home entertainment systems that can make a home viewing experience more attractive and accessible than it is to pony up to see a movie in a theater only to be distracted the entire time by the person texting in front of you. A 3-D ticket rationalizes a higher price and makes theatrical viewing seem like more of an unmissable experience. Suicide Squad is showing in 3-D because that's the norm for a major comic book adaptation these days. But that doesn't necessitate your participation in the trend.

It looks like some theaters are getting the message about subpar conversion and some consumers' dislike of 3-D in general. (My friends who wear glasses or contacts are particularly adverse.) If you want to be wowed by Suicide Squad but aren't interested in 3-D, check your local listings for IMAX 2-D screenings. That way, you'll get that really powerful feeling of being surrounded and overwhelmed by that world without having to submit to the glasses. I hope these IMAX 2D showings sell well so future blockbusters will get the same treatment. Usually, IMAX and 3-D go hand in hand; it's nice to be able to choose between the two.

If you're a 3-D devotee, then by all means, spring for that ticket. But if you're not wild about those prints, you'll be better off seeing Suicide Squad in 2-D.