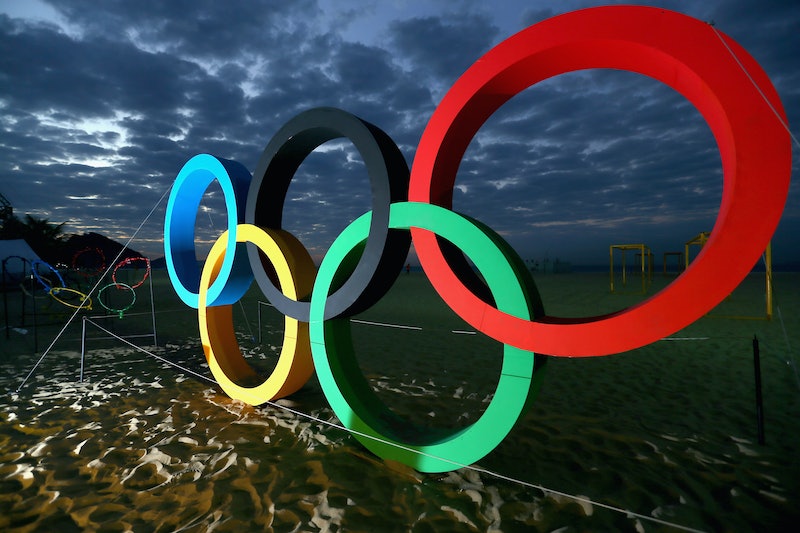 The 2016 Summer Olympics will commence this Friday, Aug. 5, and man have I been preparing for this moment since the last Summer Olympics commenced four years ago. This time, however, I'm trying to watch the Olympics Opening Ceremony live. No, unfortunately, I won't actually be at the Macarena Stadium in Rio De Janeiro to experience them, so not like that. I'm talking about watching it in real time on my very own television at home. But as for how to watch the 2016 Summer Olympics Opening Ceremony live? If you live in the UK, good news: It's pretty easy. However, if you're an American citizen and trying to tune into the NBC coverage, it's still fairly easy, but keep in mind that there will be a delay — so you're not necessarily seeing things live.

You can watch the show in real time if you live in the United Kingdom on BBC1, with coverage starting at 11:40 p.m. BST. Hazel Irvine and Andrew Cotter will commentate on the ceremony beforehand, and the actual ceremony will begin at midnight, and continue until 4 a.m. BST. UK viewers can also tune into the BBC Sports website for free, live coverage.

Don't count on watching things unfold live using NBC's streaming service — NBCOlympics.com — either: That will be running on a delay as well. But, the good news is that this live stream will be available for computers, mobile phones, and a ton of other devices (Roku streaming boxes, sticks and TVs, Amazon Fire TV and Fire TV sticks, Apple TV) via the NBC Olympics App. So even though you'll be behind, at least you'll have the the ceremony at your fingertips — no matter where you are.

Don't forget though, that you will need a cable provider to stream the Games. Once you sign on NBCOlympics.com or onto the app, you'll be required to enter your Internet/cable provider information to log in and get access.

So, as it stands, there isn't really a way to stream the opening ceremony live if you're in the U.S., but that's OK. I guess if you're really dedicated, you could buy a plane ticket to the U.K. and watch it live, there... but, for the rest of us, watching with a slight delay is better than not watching at all.