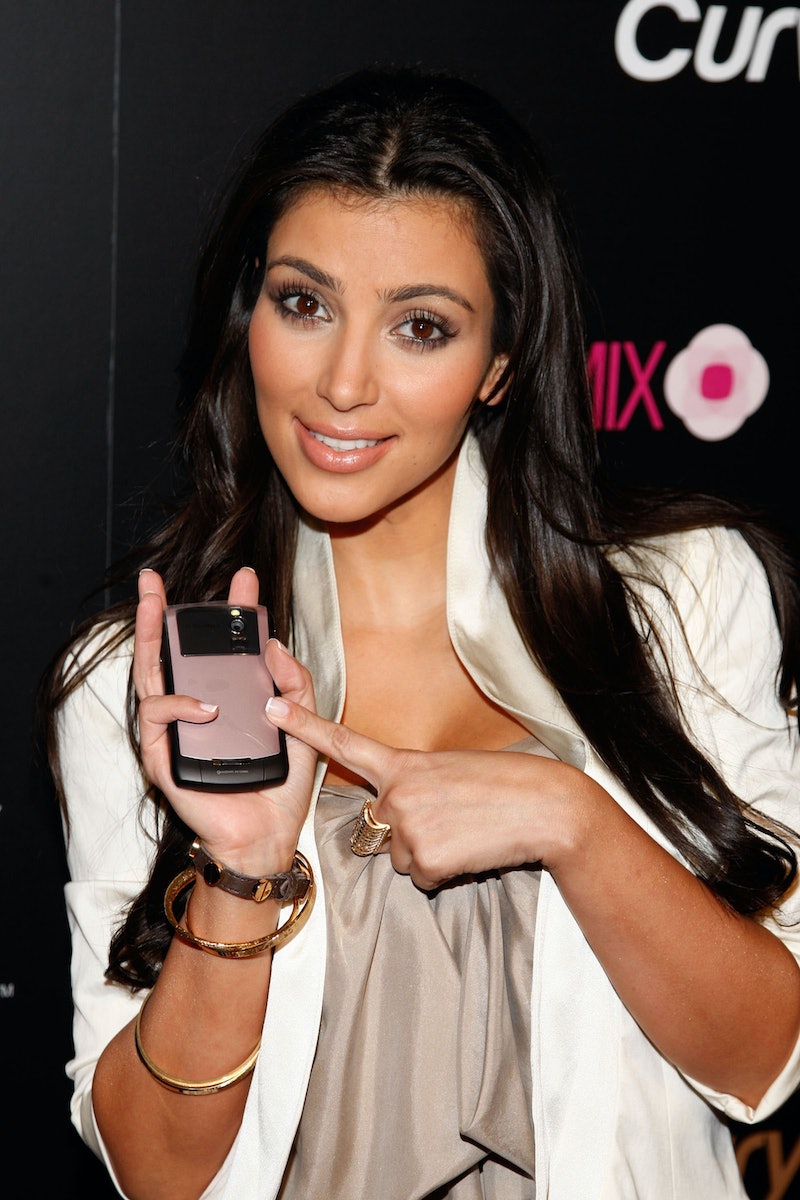 If you're trying to avoid sad news at all costs, then read no further, because this is devastating. Kim Kardashian's BlackBerry Bold died, the Keeping Up With the Kardashians star announced on Twitter Wednesday. Why do bad things happen to good people? What an awful tragedy. Sarcasm aside, this is actually exactly how the reality star feels about the loss of her phone. It's a brand that people rarely (and by rarely, I mean no one) use anymore, but Kardashian never let that sway her from using her beloved BlackBerry. Actually, she's known for using two phones, a BlackBerry and an iPhone, so now that the former is dead and gone, what is she going to do?

Well, she has no idea.

"Sooo my blackberry bold died," she tweeted. "I can't find anymore on eBay. I knew this day would come & to be honest I'm prepared. But the question is, do I try a different kind of blackberry? Or ditch it all together? Or a different phone like Samsung?" Don't worry, her rant about a dead phone didn't stop there, as she added, "I need 2 phones. Because I love having 2 different phone services so I always have a working phone. Or another option is having 2 iPhones. I really want my blackberry bold though. Reality is starting to set in & I'm getting sad." In typical Kardashian fashion, she then expressed herself by appropriately using a Kimoji of a BlackBerry Bold and one of herself with her famous crying face.

It really is the end of an era. Remember when she revealed in October 2014 that she had a stash of BlackBerry phones? "People are horrified that I have a BlackBerry," she told Re/code's Kara Swisher. "And I don't understand that reaction. A BlackBerry is my heart and soul. I love it. I'll never get rid of it." She then confessed, "I buy them on eBay. I have like three lined up in my room… so that if one breaks and I'm down to two, I search on eBay for that third. I'm afraid it will go extinct. I'm on a mission to make that not happen."

So, yeah, her worst nightmare just came true, which means it's time to honor all of the good times shared between Kardashian and her BlackBerry Bold. Really, what makes a more fitting memorial?

When She Stared At It Lovingly

She could care less what's happening around her. This is true love.

When It Got Her Through The Annoying Times

It really was a good listener.

When Mario Lopez Got In On The Action

Even A.C Slater once cared for it.

When She Made A Deep Confession

Obviously, it told her to stay true to herself.

When She Cried Into It

The perfect shoulder to cry on.

When She Held It Proudly

By the way, Kardashian also snapped the heartbreaking news about her BlackBerry Bold. She has these two other versions of BlackBerrys, but isn't sure if she should use them or just try a completely different brand.

What a slap in the face and the worst tribute ever to her BlackBerry Bold if she disses it by never using a BlackBerry ever again. Kardashian, you're better than that.