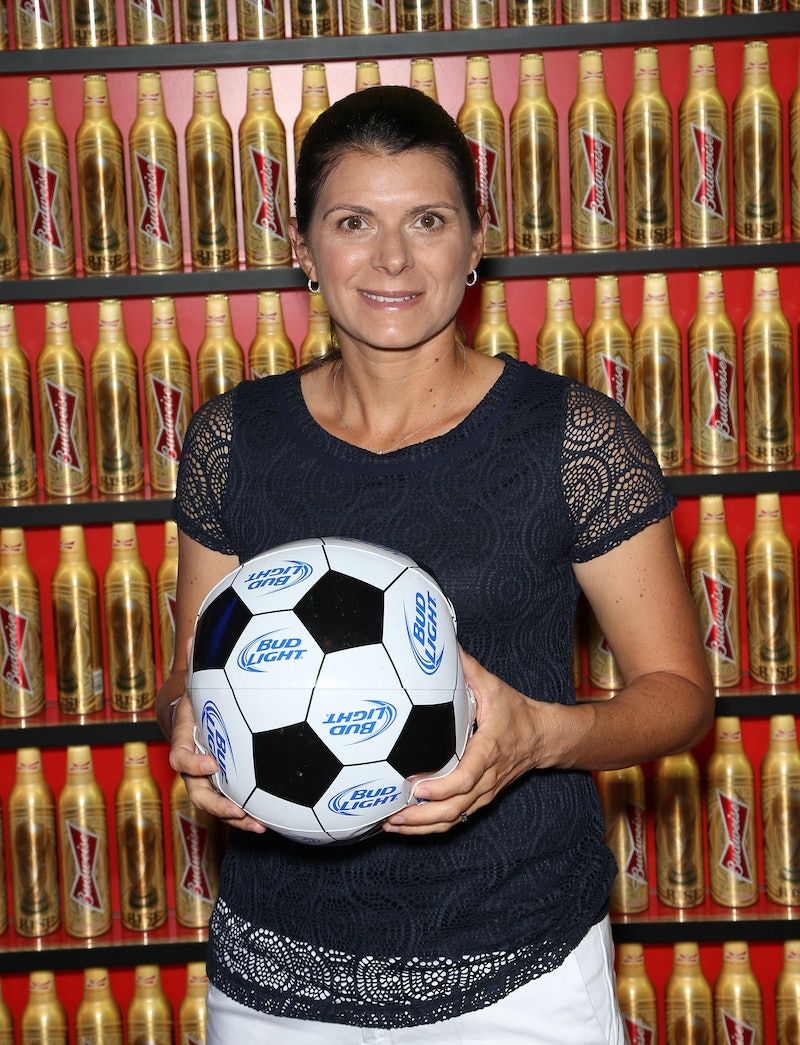 The Olympics create legends. While there are a few established stars who always feature in the events, most Olympic heroes are made at the games: Michael Phelps. Florence Griffith Joyner. Kerri Strug. In the 1996 Summer Olympics in Atlanta, another one of these athletes entered legendary status. In front of the largest crowd ever at the time for a women's sporting event, Mia Hamm helped the U.S. women's soccer team capture the first ever Olympic gold medal in the sport — and became a household name in the process. But is Mia Hamm at the Olympics opening ceremony, now that the Rio games are officially starting? Unfortunately, it doesn't appear that Hamm is at the 2016 ceremony, and instead is sitting this year out.

The 44-year-old has had her share of Olympic glory, and has stepped aside to let the next generation take their shot at greatness. After Hamm's gold medal run in '96, she returned to lead the U.S. to a silver in 2000. Then, in the 2004 games, she took home the gold again, and was selected to carry the American flag in the closing ceremony. She retired after those games as the all-time leading scorer in international soccer history (her record has since been broken by fellow American Abby Wambach). So since she isn't competing in Rio for the Olympics, what is Hamm up to these days?

She's definitely rooting for Team USA, as you can see from the above tweet. And that's not too surprising, since she has never truly left the game of soccer despite retiring 12 years ago. In 2007, she was elected to the National Soccer Hall of Fame. Then, in 2013, she became the first woman to be inducted into the World Football Hall of Fame. The following year, she became the first (and so far only) woman to be honored as a Golden Foot Legend; an award that honors only a handful of the greatest soccer players of all time. She was also on the committee to help the U.S. Women's Soccer Team find a new coach in 2012 after the resignation of Pia Sundhage.

And this summer, Hamm is keeping busy. She shares three young children with her husband, former MLB star Nomar Garciaparra, and the pair just bought a new home in Manhattan Beach, California. The sale was reported on August 3 — just two days before the Olympics opening ceremony. And no matter what Hamm is doing right now, she won't be far from the minds of the athletes competing for Team USA. She remains one of the greatest Olympic heroes of all-time, and just knowing that she's watching at home could be enough to push the U.S. women's soccer team to win another gold medal.