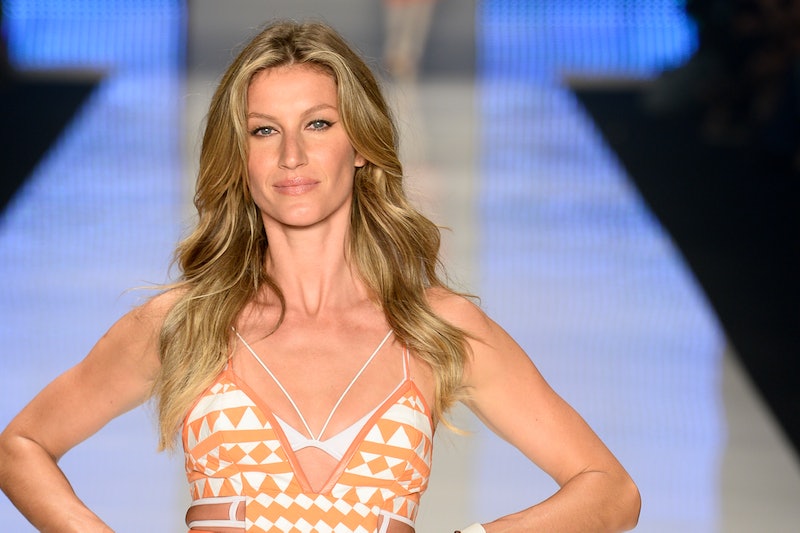 Days before the summer games are set to start, the news coming out of Rio hasn't been great — especially when it comes to which celebrities will be attending the Rio Olympics. Most of the stories in the days before the 2016 Olympics opening ceremonies have been about the sewage-filled waters of the sailing venue in Guanabara Bay, the thefts going on in the Olympic village, protests in Rio, and the fear of a Zika outbreak. While there are tons of athletes to watch in Rio, it does have many worried that this year's Olympics may be lacking in star power.

In comparison to the 2012 London Olympics, which featured Sir Paul McCartney, James Bond actor Daniel Craig, David Beckham, and J.K. Rowling, this worry does seem very valid. Already, many big named athletes from the United States have announced they will not be attending, including golfer Jordan Spieth and basketball players Steph Curry and LeBron James. A royal spokesperson told Hello! magazine that Kate Middleton and Princes William and Harry would not be in Rio. "It was under consideration at some point that some or one of them might go, but for a whole range of reasons they are not going." Matthew McConaughey told the Today Show that he'll be watching the Rio Olympics with his Brazilian wife, Camila Alves — likely from home.

Celebrities have also stayed mostly quiet about their Olympic travel plans for this Friday's opening ceremonies, but, while American celebrities may be staying home for this games, this doesn't mean Rio is devoid of star power.

The big-named stars who will be at the Olympics are instead native Brazilians. Gisele Bundchen is said to star in the "sexiest" Olympics opening ceremony ever, according to Sporting News. Bundchen, who retired from the catwalk last year, will be the "living embodiment" of "The Girl from Ipanema" song, strutting into the Macarena Stadium on Friday to the sounds of that very song. She will be joined by fellow Brazilian models, Adriana Lima, and Alessandra Ambrosio, who will be covering the opening ceremony for NBC alongside Ryan Seacrest.

It seems like the Rio Olympics is making up for its possible lack of star power by going a bit risque. The Daily Mail reported that the costumes for Rio's opening ceremony have been designed to show off as much skin as possible. One person who will likely be fully clothed though is Brazilian soccer legend Pele, who will reportedly light the Olympic torch. It's something he celebrated with a tweet that also announces he will be performing his new single "Esperança," which is "dedicated to my country."

Many Brazilian musicians will also be on display, from famous names like guitarists Gilberto Gil and Caetano Veloso to newer ones like the pop star Anitta, who told Billboard she "never imagined" she would be performing at an Olympic opening ceremonies, let alone with such famous Brazilian musicians. She says her performance with be an "interesting mix" of classic samba and bossa nova rhythms.

It's no surprise that the Rio Olympics is a Brazilian affair, as Lima told People, despite some of the much publicized problems with the Rio Olympics, "Brazilians are very passionate about sports, sports run in our blood!" Lima and the rest of her countrymen and women are "just so honored to have this huge event in our country." She said that this event is important because "this way the whole world will have a chance to experience our culture up close."

As of now though, it seems many celebrities will be experiencing Lima's country through a television set in their own homes.