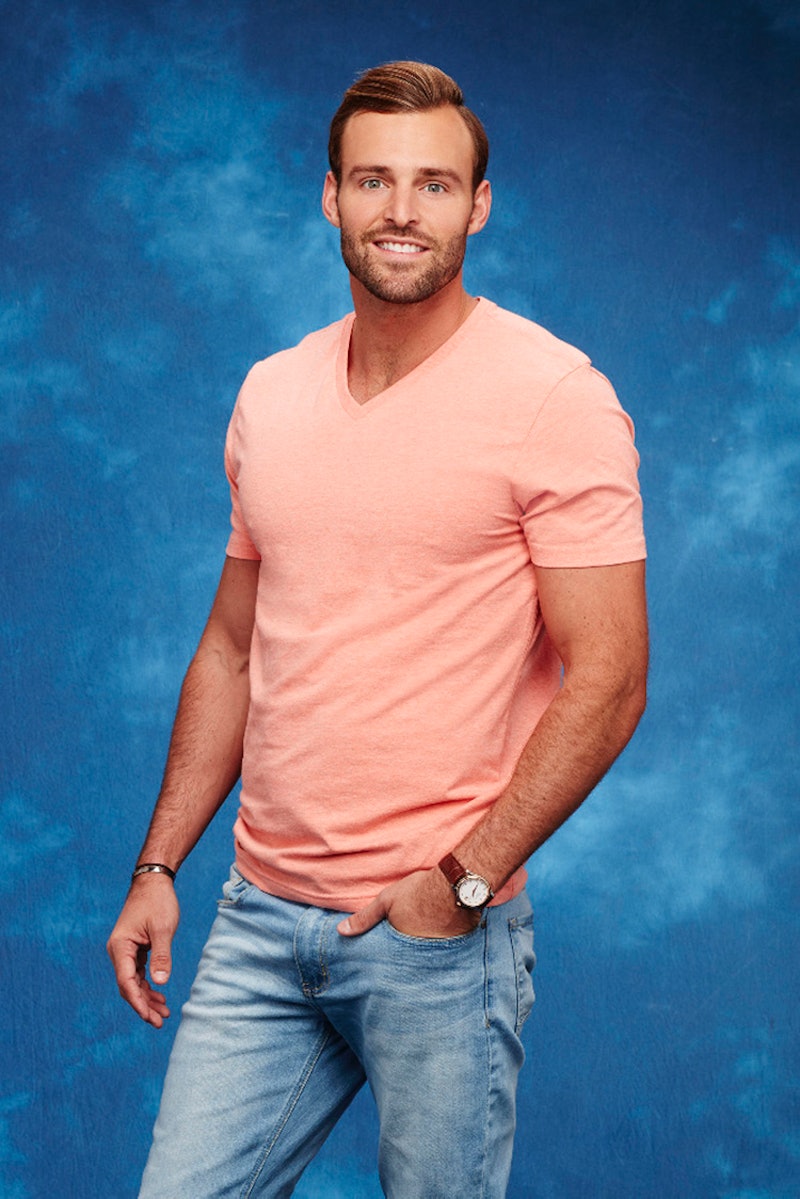 You know what they say: It’s not about whether you win or lose, it’s how you play the game. Yeah, that saying is great for sports and all — but when it comes to playing the game on The Bachelorette, coming in second probably feels just as bad as coming in last. So, now that Robby Hayes, the runner-up on this season of The Bachelorette has been freed from his requisite period of silence, what I want to know is not how it feels to lose a girl to a guy you called your best friend, but, instead, what Robby Hayes' relationship status is, now, post-Bachelorette. Because all I really care about at this stage of the game — now that JoJo has picked Jordan Rodgers as the man she wants to marry — I want to know when Robby is going to get back out on that field.

Don’t get too excited, ladies. It seems as though Hayes is not into rushing into anything anytime soon. In an exclusive interview with Bustle's Anna Klassen, Hayes reveals that he is “very single” these days, which I guess means something different from just being regular single? Maybe that means he hasn’t been thinking about girls at all since he was sent home in favor of Jordan Rodgers on The Bachelorette? Or, even better, than he's ready to date again?

For what its worth, Hayes also admitted that he learned a thing or two about how to approach dating differently for when he is ready to put himself back on the market. He confessed that instead of “wearing [his] emotions on [his] sleeve” and “put[ting] 150 percent of [him]self out there” in his next relationship, he’s going to “dive in slowly and test the waters.”

In other words the opposite of what he did the last time.

For a guy who was the first to say that he loved JoJo Fletcher, taking it easy in his next relationship doesn’t sound like a bad idea. Who knows? Maybe this experience on The Bachelorette was exactly what he needed to become ready to find his next partner. For Robby’s sake — and for the sake of those of us who have also loved hard and learned from it — I hope it was. I really, really hope it was.