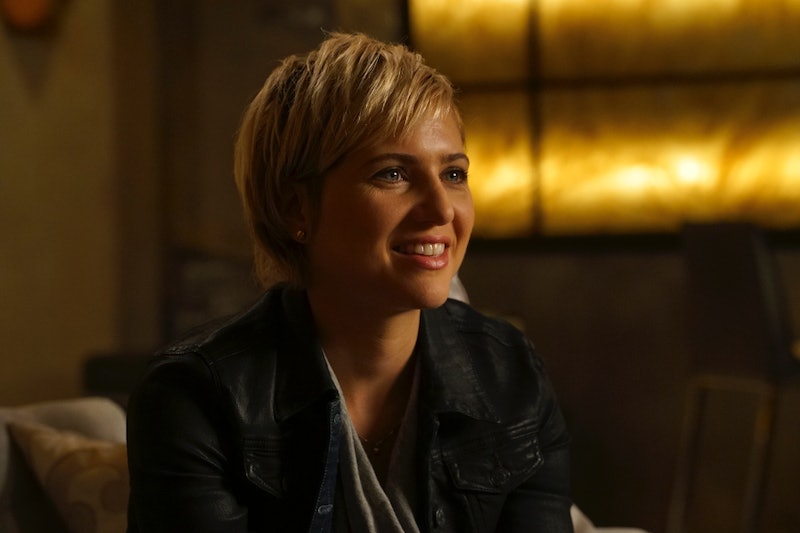 It's getting to the point where no place in Rosewood is safe... not even bathtubs. Not long after her return to the town she once helped terrorize, Sara Harvey is dead on Pretty Little Liars , adding yet another level of mystery to an already complex season. A maid at the Radley Hotel stumbled across her body in the place we came to know Sara best: the shower. This was a literal bloodbath and proves that someone out there is a very serious (and very real) threat. So who killed Sara Harvey on Pretty Little Liars and why? Given that this is Rosewood we're talking about, the list of suspects could be considered fairly long.

There are also quite a few additional questions that go along with it. Is this the same person who killed Charlotte or could Sara have gotten on the wrong side of A.D.? Could this be another person entirely? It's almost impossible to say for sure right now without knowing any additional information, but I'm willing to bet that the killings of both Charlotte and Sara can be linked back to the same dangerous person. Of course, given that most Rosewood residents have proven they are capable of anything, that still leaves the suspect pool pretty wide. The hosts of Bustle's Pretty Little Liars podcast, Taking This One To The Grave, also have some thoughts on Sara's death, that fake police mask, and more, which you can listen to below.

For me, the prime candidate for all of this is Noel Kahn, who was suspiciously MIA during the entire Aug. 2 episode. You'd think that after making such a grand entrance a few weeks back, he'd be a prominent figure in the follow-up episode. And yet, he was nowhere to be found. Why? What could he have possibly been up to this whole time, especially since we saw plenty of his fellow comrades, Jenna and Sara? Maybe he didn't like that Sara appeared to be backing out of their plans and decided he'd guarantee her silence on a permanent basis.

Then again, maybe it's Jenna who's the culprit. Her relationship with Sara seemed a lot more strained as of late. In fact, Jenna was using her in almost a henchmen-like role, bossing her around and barking out orders. So maybe they weren't as good of friends as their initial meeting indicated. Jenna may have sensed that Sara's allegiance was wavering and took it upon herself to eliminate the problem.

That's just the tip of the iceberg though. Part of me hates to admit this, but the fact that Jason will return in the Aug. 9 episode of Pretty Little Liars, right after the murder, could imply that it's something he's responsible for. Perhaps he thought Sara played a part in Charlotte's death or maybe it was just built up resentment for everything Sara did back when A was still at full strength. The point is, almost anyone could've done this, which means once again the Liars are in grave danger.

You can listen to previous episodes of Taking This One To The Grave here.

More like this
Michael & Kathleen Peterson’s House From ‘The Staircase’ Has New Owners
By Kadin Burnett and Kayla Blanton
Penn Badgley & Leighton Meester Met On A Horror Movie Set Before 'Gossip Girl'
By Jake Viswanath
Conversations With Friends' Endometriosis Scenes Are As Brutal As It Gets
By Ivana Rihter
50 Years After Creating Her Alter Ego, Angelyne Is Still Driving That Pink Convertible
By Gretchen Smail
Get Even More From Bustle — Sign Up For The Newsletter