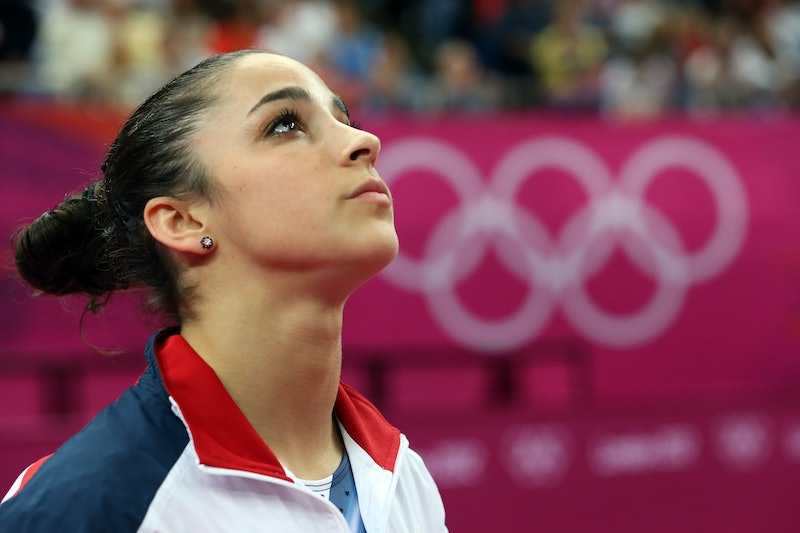 The opening ceremony is all about celebrating the host country of the Olympics, but it's always exciting to watch all of the athletes competing in the games march with their country in the parade. Is Aly Raisman at the Rio opening ceremony? This is the gymnast's second Olympic games, and it would have been nice to see her. Unfortunately, none of the U.S. women's gymnastics team were at the opening ceremony.

This year, athletes participating in the opening ceremony from the United States will wear a sharp Ralph Lauren "uniform" that is very patriotic. Everyone is looking to see the U.S. women's gymnastics team this year, after their many victories in the London 2012 Olympics. As team captain for the second Olympics in a row, Raisman should be there. She was also the most decorated American gymnast at the London games, even if you remember Gabby Douglas and McKayla Maroney a bit more. There's a reason that she is captain — she's a total boss and a star.

However, there are qualifications for gymnastics the next day, and "podium training" the day before. Some of the team, Raisman included, may have opted to sit the opening ceremony out and concentrate on training. That's totally understandable, despite how exciting and unifying the opening ceremonies may be. The only person you can 100 percent count on being there is decorated Olympian and swimmer Michael Phelps, our team's flag bearer this year.

I mean, if nothing else, the pin trading scene at the opening ceremonies has got to be epic while all the athletes are waiting to go on the field. Raisman needs to rest and get her strength up. Going for the gold isn't easy.