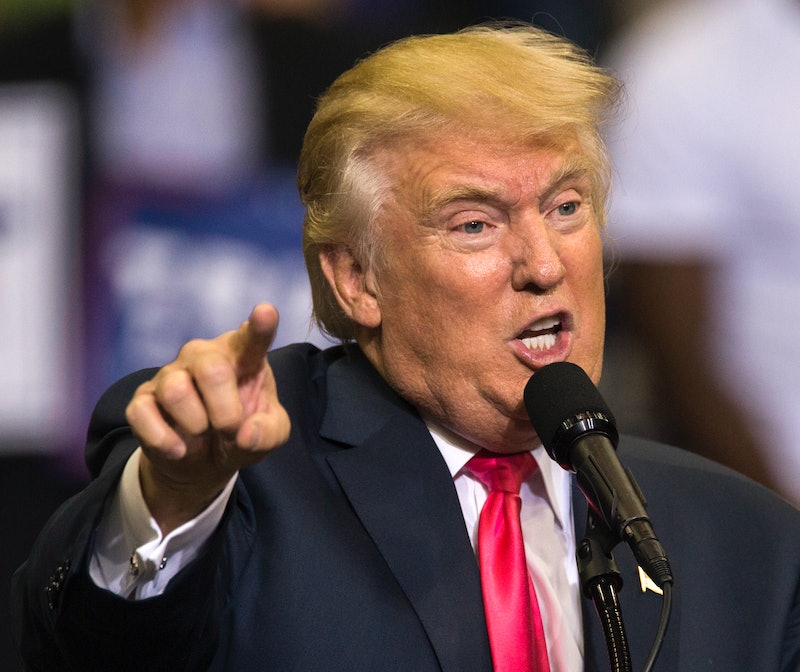 Yet another conservative of the #NeverTrump camp has spoken out about the Republican nominee. On Wednesday, John Noonan took to Twitter to attack Donald Trump in a 20-tweet-long rant to respond to MSNBC anchor Joe Scarborough's claim that during a foreign policy briefing, Trump had questioned why the United States could not use nuclear weapons. It's worth reading the entire takedown of Trump's ignorance about nuclear weapons and the danger in electing someone who could allegedly be so open to using them. Based on Noonan's outrage — one of the best tweets refers to Trump as "an elephant jumping up and down on one side of a scale" — it's clearly a matter that he cares deeply about. So, who exactly is John Noonan and how does he know precisely how outrageous this claim is?

As a former U.S. Air Force missile launcher, Noonan understands firsthand the power of overseeing nuclear codes. He was one of the guys who would launch the weapons if the president chose to use them. Noonan has also worked as a policy adviser for the Foreign Policy Initiative, a nonprofit. As he explained in his tweets, the decision to launch is one that should never actually be made. The purpose of the incredibly destructive weapons is, as Noonan says, an "absolute last resort."

More recently, Noonan worked as a security adviser for both Mitt Romney and Jeb Bush when they campaigned for president. In 2012, he helped write a speech Romney delivered at the Virginia Military Institute (Noonan's alma mater) that included points about Vladamir Putin as a major threat, radical Islam's rise, and U.S. withdrawal from Iraq as a mistake. It was widely criticized.

Via Politico, Noonan started publishing his own blog in 2005, then called Officer's Club Blog and later changed to op-for.com when Military.com bought it. He described his party alliances as "pro-victory conservative," turned off by the liberal platform's "hatred for President Bush." Eventually, he started contributing to The Weekly Standard, where he's written about a wide range of political issues including defense cuts, the Air Force, and foreign policy, mostly while he was still an enlisted Air Force Lieutenant. In 2011, he took a break from blogging, likely to focus on the Romney and Bush campaigns. His first post since was published last week and argues for expanding missile defense.

Noonan's outspokenness against Trump is a reminder of the tension within the GOP this election. Despite Trump scoring the nomination, not everyone is willing to get onboard. It won't be much of a surprise if in the next three months before the election, we see more Trump opposition speaking out against his outrageous behavior.