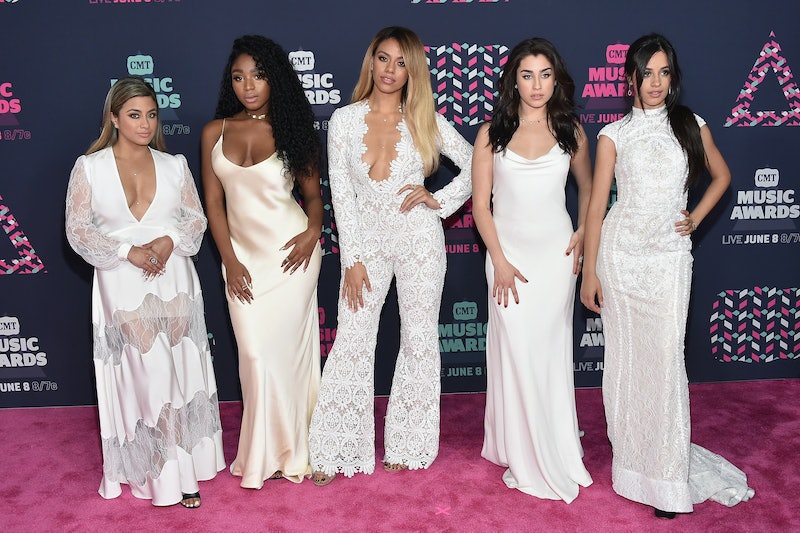 Well, what have we here? A fresh piece of 5H content that isn't another injury or another breakup rumor or more canceled tour dates? A piece of 5H content that is more along the lines of the John Cena booty pop tutorial or the “America the Beautiful” performance at Wrestlemania, i.e., a most joyous piece of content? Yes please and thank you. On Wednesday, a minute-long preview for Fifth Harmony’s “That’s My Girl” video did a handspring off of the vault and landed on the internet. This isn't just any ol' music video, mind you, but a music video teeming with Olympians. In the clip of the to-be-released full vid (which is basically a sequel to the promo NBC ran back in May), the powerhouses on the U.S. women’s gymnastics team tumble and flip and stick landings while the powerhouses from 5H belt out track number one off of 7/27. I know it seems too perfect to be real, but guess what? It's the most real.

When I watch this preview, I feel so alive. So empowered. So unstoppable. I feel like I could run five miles without breaking a sweat. Like I could chug an entire liter of Coca-Cola without burping the rest of the day away. Like I could repair a kitchen sink without watching several YouTube tutorials first. Like I could do a one-handed cartwheel without severely injuring myself.