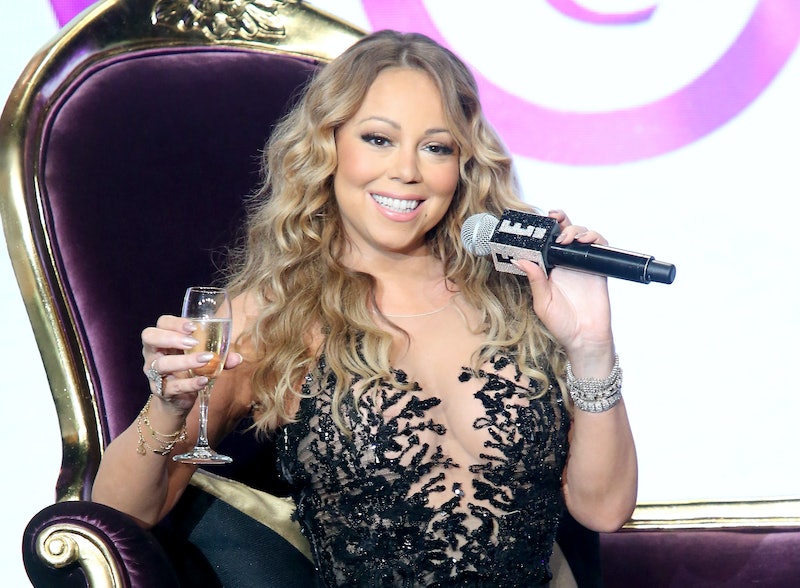 Thank every last lucky bubble in the Elusive Chanteuse's soft drink, for the preview of Mariah Carey’s reality show is here. That’s right, a trailer for Mariah’s World has been released into the wild so it can flutter about like the beautiful, regal butterfly that it is. And much like Carey’s instantly iconic appearance at E!’s TCA panel on Wednesday (and don't you dare try to tell me that Mimi answering journalists’ questions while perched atop a purple chaise lounge and while holding a bedazzled microphone and while flanked by shirtless men isn’t iconic), the preview for Mariah’s World is e-v-e-r-y-t-h-i-n-g.

Here are just a few of the moments from the Mariah’s World trailer prove what I already knew to be true: When this eight-part docu-series premieres on E! this December, it’ll be a must-watch.

A woman of many talents, that Mimi.

Will the guy ever figure out that Mimi was just joshin' around? Or will an ark of animals wind up at Mimi's nuptials? Can't wait to find out!

When Mimi Drinks Water Better Than Anyone

When Mimi Pretends To Be Someone Named Pamela

Real talk: If Mariah's World was just eight hours of Mimi prank calling people, I would watch the heck out of that show.

And When Mimi Slides Down A Slide

We really are not worthy.

I had a vision of love. And it was all that you've given to me, Mariah's World trailer.