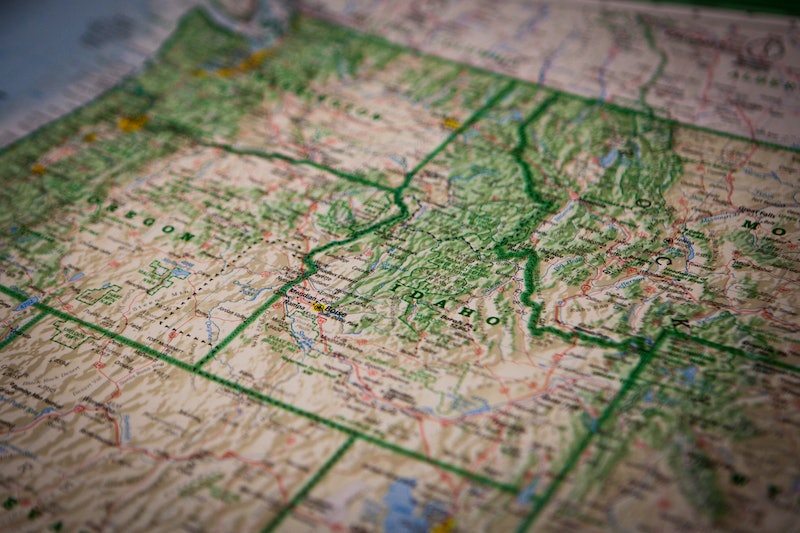 Sometimes, when I get really fed up with living in New York, typically after buying a $6 coffee or paying rent, I think about what it would be like to live in another state. Which is apparently a smart thing to do, because according to a new study by the Tax Foundation, there's a huge discrepancy between what $100 is worth in each state. You wouldn't believe it, but the value of a dollar from state to state is vastly different.

While it might be obvious that certain states with major cities like New York, California, and Virginia might not be the best places to find a lot of bang for your buck, it's still pretty surprising how far the scale of the dollar tips on both ends. The margin of differences ranges by $30.67. States like Mississippi, Arkansas, and South Dakota will value your $100 as closer to $115. While states like New Jersey, Connecticut and Maryland will only value your $100 at about $90 or less. If you take a look at the infographic the Tax Foundation put together, you'll see how staggered and seemingly nonsensical the numbers appear to be, based on no obvious geographical attributes. Though it's clear the mid-eastern states are definitely the best places to live if you want to make the most of out of your money:

"The map mostly just puts hard data to the things we already knew about life; areas with big cities are more expensive than more rural areas, mostly because of the competitive pricing of scarce land in cities like Washington or San Francisco," Tax Foundation economist Alan Cole tells Bustle. "It also shows the advantages of cheap shipping; while Mississippi and Idaho are both rural, and both have cheap land, Mississippi is much easier for goods to get to. Finally, taxes and regulations may play a role in some states being more expensive than others."

As far as the less obvious numbers go, Alaska low balls your $100 bill by offering you only $94.61 in value, but what really takes the surprisingly expensive cake is Hawaii, coming in with only $85.62. And with that go my dreams of moving to Hawaii to go off the grid and live on loose change I found between couch cushions. I mean seriously, is it just me or is that very surprising how little you get for your money is Hawaii? It seems so chill and mellow and affordable. But I guess anything that beautiful comes with a price. Like Arabian horses or macaroon cookies.

If you think about it at face value, it's not that big of a difference between states for only $100. But when you think about it as a fraction of your whole salary, or the cost of a house or the cost of a car, it's a big freakin' deal. Food for thought: If you have $100,000 to buy a house, you can get a house valued at $115,000 in Arkansas. And if you chose to look for a house in New York, you'll only be able to afford a house for about $88,000. Proving that the difference between a few dollars becomes a lot more significant when you're putting it into the perspective of the cost of life.

That said, if you have money saved, you might want to move to a state that will offer you a higher value. Or, you can just stay where you are and complain about it like the rest of us. If we couldn't complain about the price of living in big cities, what else would we talk about?

More like this
What Is Barack Obama’s Net Worth? He Makes *Way* More Now As An Ex-President
By Hugh McIntyre
5 Crystals To Manifest More Money
By Megan McCarty
11 Trends From The ‘90s That Made You Feel So Cool
By Julie Sprankles
4 Most Outspoken Zodiac Signs
By Kristine Fellizar
Get Even More From Bustle — Sign Up For The Newsletter