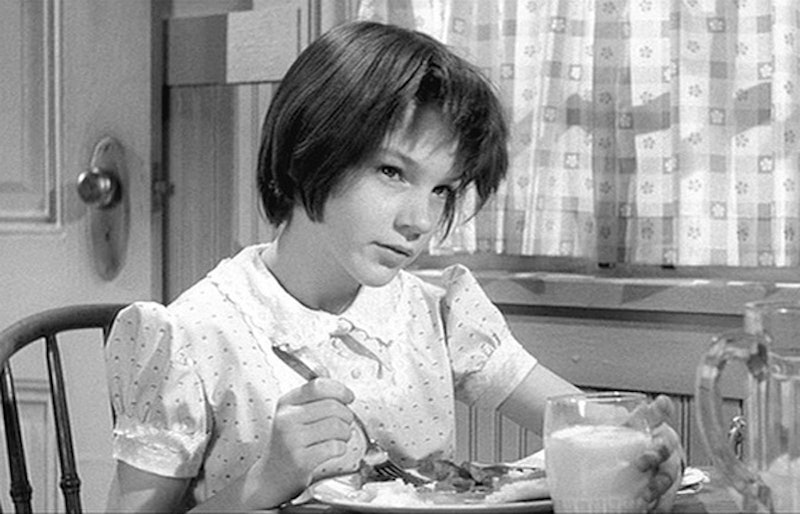 Of course, everyone has a different set of eternally beloved fictional characters. Some people might be forever allied with the members of the Baby-Sitter's Club, or with a certain hobbit. You could have a strong attachment to the Fantastic Four, despite the increasingly bad film adaptations. You might even look back fondly on childhood days spent in the company of Encyclopedia Brown, even though I think we can all agree as a society that the rational response to Encyclopedia Brown is a strong desire to punch that kid in the mouth. I'm not here to judge your fictional fave.

But there are some characters who are just so alive, so real, so lovable that you can't help it. If you ever met these characters in your reading days as a kid or a teen, you're guaranteed to still love them now:

To Kill a Mockingbird was one of those books you read in middle school or high school that made you realize you could read a book for school and still enjoy it. And yes, Atticus was a big draw for people (at least, until they read Go Set a Watchman), but Scout was the heart of the book. She was scrappy, tough, and ultimately concerned with doing the right thing. And we loved her for it.

There are just so many plucky, literary orphans to choose from. But Anne from Anne of Green Gables is an eternal favorite. She's imaginative, she has strong female friendships, and she always makes the best of what she has. Plus, she dyed her hair green that one time, which is a staple of beloved fictional character behavior.

His Dark Materials might be a fantasy series, full of talking polar bears and parallel universes, but Lyra is a surprisingly realistic kid. She's not sweet or well-behaved. She's a practiced liar. Her own daemon frequently questions her judgment. But she has a fierce will to live, and somewhere under all those lies she's out to save the multi-verse.

If you can't love Winnie the Pooh forever, who can you love? Yes, his books don't quite make for adult rereading the way that some of these other books do, but he's Winnie the Pooh. He's a cuddly bear whose priorities are friendship and honey. What's not to love? (Also, is he a real bear who's just small and supernaturally intelligent, or is he a stuffed bear endowed with the gift of life?)

I know that every Pride and Prejudice fan loves Lizzie Bennet too, but come on. You've just got to love Darcy. Look at this goober and his stupid face. He's the socially awkward man of everyone's dreams. Lizzie was smart and witty, but Darcy had that certain withholding, polite thing going on that made all of us fall madly in love with him.

Francie Nolan from A Tree Grows in Brooklyn was a savior for quiet, book-obsessed kids everywhere. She may have lived at the last turn of the century, but her struggles with school, family, money, and finding good book recommendations were timeless. She was kind, if not always outgoing. And her thirst for knowledge was endless. She's the ultimate fictional book lover.

Ramona always felt like a very real kid, albeit one with a huge zest for life. She'd be a total pain to have as a little sister, but she was a ton of fun to read about as a kid. And she always spoke her mind, which was an inspiration to all us shier, bookish types (although it usually got Ramona into trouble). And of course, the older we got, the more we started to empathize with Beezus's struggle.

The Color Purple is not exactly a kid's book, nor is it an easy read. But for those of us who read this book in high school, Celie stands out as one of the strongest characters in American literature. She's been horrifically abused her whole life, but despite it all she still finds a way to love herself, and to claim her own independence. She's the kind of character you have to love, because she retains her humanity in the face of unimaginable adversity.

Well, of course. Nearly every Harry Potter fan is stuck with an undying love for Hermione Granger. Harry and Ron have their strong points, too, but Hermione is the one who keeps that whole operation afloat. She's smart and somewhat ruthless, completely unafraid to fight for what she believes in, and loyal to a fault. She's also allowed to be a jealous, lovelorn teenage girl on occasion. But she never lets that distract her from fighting to take down the forces of evil.

Speaking of smart girls with magical abilities, there's Matilda. Matilda from Matilda is a little less fierce than Hermione, but just as brainy. And when she discovers her telekinetic powers, what does she do? She tries to help her fellow students escape from their vile principal. Matilda is a brilliant, powerful little girl with a passion for helping others, too.