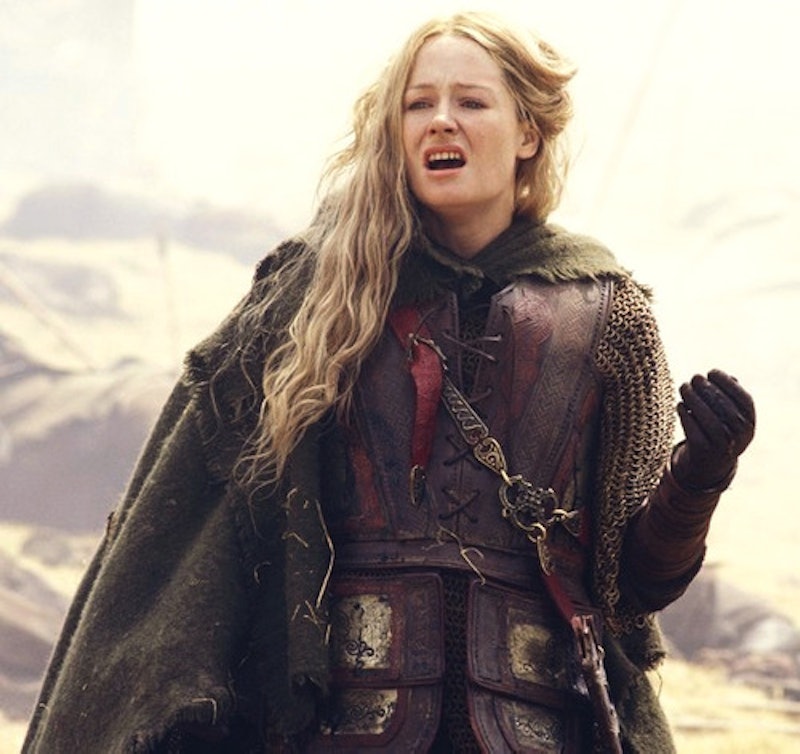 When I was a little girl, my second grade teacher gave me handfuls of books every week full of inspirational and empowering characters. Books like Matilda and Alice in Wonderland were what got me excited to read and taught me valuable life lessons I still use today. I was somewhat like Peter Pan in that I never wanted to grow up, but I was always eager to learn. And one thing that inspirational characters all have in common is that they each produce a lesson or two to learn from.

Learning how to empathize and relate to fictional characters has turned out to be a handy skill in adulthood. Not only that, but learning how to stand tall in the face of fear like Katniss Everdeen, and embracing your desire to live a great life like Elizabeth Bennet did, are just some of the few ways inspiring characters can impact your life on a daily basis.

As a growing trend, more and more female characters in literature are recognized for their incredible intelligence and witty personalities (it's about time!) And similarly, there are also a couple remarkable male characters who are equally as great to be inspired by. Whether you're looking for a new read or a new role model, these 10 characters will inspire you even after you've finished the book:

Independent, self-motivating, and full of wit — Jane Eyre is one of the most inspirational female characters in history, and I don't see that changing. Though she suffered quite a lot, she's not about to give up the love or the life she desires. No matter what happened, Jane always found a way to get back up on her own two feet and keep on moving forward.

2. Hermione Granger from The Harry Potter Series by J.K. Rowling

Hermionie was one of the first characters that helped me embrace my love for books and never back down from a challenge. Though she starts off as a bit of a know-it-all, her compassion for her friends and Hogwarts family full of witches and wizards grows with every book. She was the glue that held everything together, and even when she had to sacrifice her own happiness and well being, she always stood for the greater good.

3. Neville Longbottom from The Harry Potter Series by J.K. Rowling

While Harry and Ron are both outstanding and brave, Neville's transformation throughout the series really proved just how truly inspirational he was. Though timid and afraid of his own abilities, he grows into one of the most important characters. After living in the shadows of his haunting past and without his loving parents at his side, he embraces his confidence and is a key character in defeating Voldemort in the end.

4. Elizabeth Bennet from Pride and Prejudice by Jane Austen

Some might say Elizabeth Bennet is a little stubborn at times, but throughout the book it's obvious why Elizabeth's clever and vivacious charm makes her one character that has inspired people throughout generations. As the second-born daughter in the family, Elizabeth isn't exactly on board with being married off or giving up her freedom. She's a wonderful character to admire and look up to when it comes to embracing who you are.

5. Atticus Finch from To Kill A Mockingbird by Harper Lee

One of the most humble characters and father figures fiction has to offer is Atticus Finch. I've always had a special place in my heart for him ever since I read Harper Lee's first novel. Although Atticus's heroic character is clearly not the same in Go Set a Watchman , I choose to remember the man who stood to love everyone equally in a world full of hate.

6. Éowyn from The Lord of the Rings Series by J.R.R. Tolkein

How can one be more badass than Éowyn? Unsatisfied with the life she's been given, she's willing to run after the life she wants, which happens to be on the battlefield. In the end, she realizes her gender doesn't hold her back nearly as much as she originally believed, and ends up proving herself in more ways than one.

7. Athena from The Odyssey by Homer

This grand epic wouldn't even exist without Athena. Athena is a master of disguises, a natural warrior, and a clever goddess. While it's hard to relate to someone so incredibly talented, she is inspiring in how she handles conflict. When it comes to helping Odysseus, she knows when to step in and when to step back. Overall, she's a great character to learn from for picking and choosing battles in your own life.

8. Matilda from Matlida by Roald Dahl

As a little girl, I wanted nothing more than to be Matilda. I didn't exactly want her nasty parents or her evil principal, Miss Trunchbull, in my life, but I wouldn't have minded the telekinesis powers and all of the alone time to spend reading. Snarky and eager to make things right, Matilda will always be an inspiring character when it comes to standing up for what you believe in.

9. Katniss Everdeen from The Hunger Games Series by Suzanne Collins

The Girl on Fire has made a powerful impact in Panem, as well as our own world. Katniss was just an average girl in District 12 who loved her sister more than anything else, and then she became one of the most incredible heroines fiction has ever seen. Even though she's not completely in-tune with her inner emotions, she knows how to love and care for people, even if it isn't in the most obvious ways. Her strength and devotion to the ones most important to her is what makes Katniss such a wonderful role model.

10. Janie Crawford from Their Eyes Were Watching God by Zora Neale Hurston

If you've ever needed a character to inspire you not to give up, it's Janie Crawford. After a life of heartache and disappointment, bad marriages and complicated situations, Janie still chooses to jump right back into the game of life without a skipping a beat. At all costs, the confident Janie will survive, and that's one lesson everyone can take something away from.