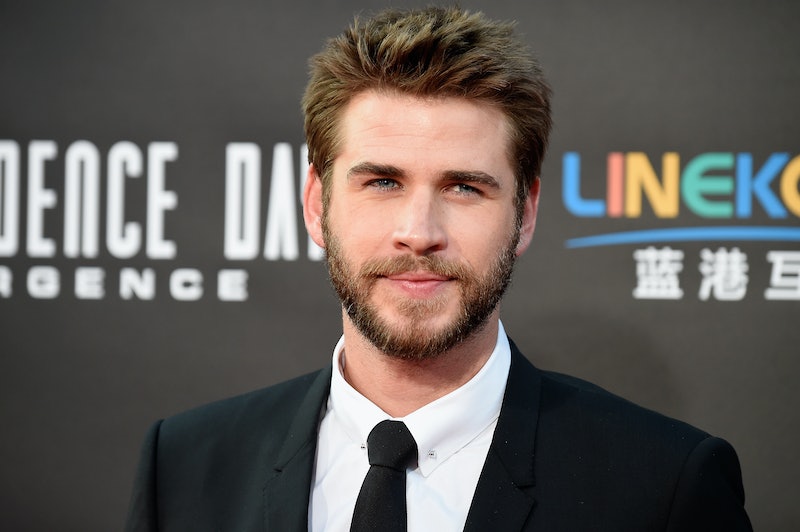 There's no denying that some celebrities are better on social media than the rest of us, including the one and only Liam Hemsworth. The Australian Hunger Games star, and off-again on-again boyfriend of singer Miley Cyrus, truly knows how to use his Instagram and Twitter accounts like a pro. They are filled with personal, everyday snippets of his life, from working on farms to going live on late night talk shows to promoting his cause for Brave Beginnings. So, with all this going on in Hemsworth's life on Twitter and Instagram, is Snapchat a place where you can see it all too?

Unfortunately, Hemsworth sticks to the two main social media apps and hasn't quite joined Snapchat just yet. The actor, model, and all around cool guy has a social media presence that hasn't reached further than his safe and verified accounts on Twitter and Instagram, but that doesn't mean you shouldn't follow him on both of those! His lack of Snapchat is barely noticeable when you see the content on his other accounts. Between scuba diving, selfies with his adorable dogs, and his immaculate facial hair, there's no reason not to follow Hemsworth and check out all his tweets and photos.

Until the moment comes that Hemsworth joins Snapchat, his Twitter and Instagram are great outlets to get a look into his life, because there might just be something worth seeing very soon in terms of, oh, I don't know, his and Cyrus's wedding? Just a speculation, though.

He Has So Many Pictures With Dogs

Here, you can see Hemsworth just might be about to marry this dog instead of Miley Cyrus.

And supports small businesses, like this Uber driver selling him these sunglasses for $5. Can you say "class?"

Friends with benefits? I'm sure the alien doesn't mind.

He Loves A Little Sibling Rivalry

The best part about this photo isn't the drawing of his brother, but his little smirk that will go down in history as the beginning of World War III.

His Sibling Rivalry In The Midst Of WWIII

Keeping Us Updated From Down Undah

Thank you, Liam Hemsworth! I wouldn't have known!

He Loves A Good Nap, No Matter How Or Where

A Cute Little Picture Of A Day In The Life

The pig is cute. Miley is cute. His life is cute. End of discussion.

I'm not sure what else there is to say about why Hemsworth needs a Snapchat, or why you shouldn't follow him on Twitter and Instagram. Besides being, in my opinion, the better looking Hemsworth, he seems to have a happy-go-lucky lifestyle that we can all appreciate. He's a goofy, farm-loving, dog-adoring, vegan with a good sense of what filter looks best for his dog. With all these characteristics and busy lifestyle, the best we can do is hope that one day Hemsworth will join the Snapchat train, because he would be damn good at it.

(P.S. While Hemsworth isn't on Snapchat yet, Bustle is! Follow us @bustledotcom.)