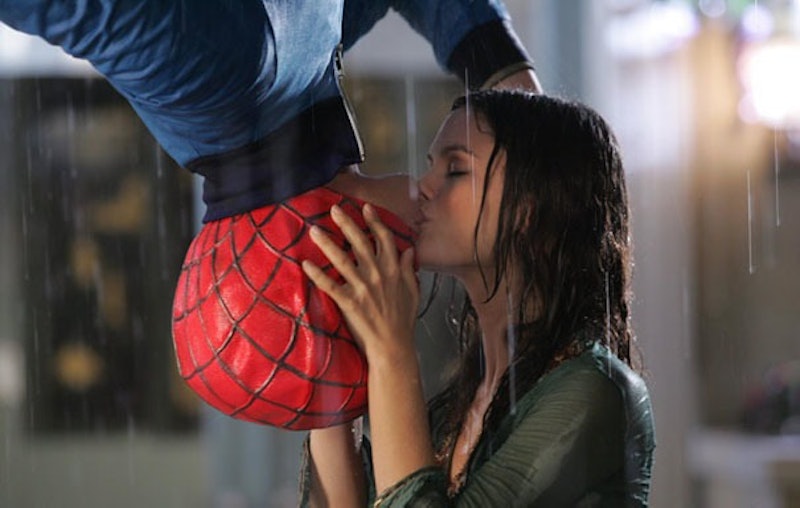 If there's one show that is deeply ingrained into my very heart and soul, then it's The O.C. I own every DVD boxset of every season (even if some of the discs no longer work because I watched them too much), and can conduct entire conversations with friends based solely on quotes from the show. Some of the very best moments from The O.C are ones which have gone on to become benchmark reference points for moments in my very own life: This is just like that time that Ryan's mom came to town or I feel just like Seth Cohen getting drunk for the first time. These are unforgettable O.C moments that true fans will never forget, and which have been etched into your very being forever.

Despite only lasting for four blissful seasons (I still want more, guys), The O.C still managed to cram more memorable moments and drama into that time than many shows which aired for longer. There were shootings, fights, alcoholism, drug abuse, affairs, breakups, weddings, funerals, and a lot of bagels. In fact, there were so many memorable moments in The O.C that there isn’t enough blog space in the world to list them all. But here are the ones that all true fans will definitely remember:

1. When Ryan And Marissa First Met

The phrase, "I'm whoever you want me to be" still has the power to set my soul alight.

2. When There Was The Very First Chrismukkah

And suddenly Christmas and Hannakuh felt individually underwhelming by comparison.

3. When Summer Surprised Seth With That Wonder Woman Outfit

And he thought he was going to pass out. Summer Roberts will always the Wonder Woman of my dreams.

And it gave us the best needle drop in TV show history with Imogen Heap's "Hide And Seek" kicking in on the soundtrack right as the bullet hits him. It even inspired an SNL parody, it was that great.

5. When Caleb Died Before Julie Had A Chance To Kill Him

In fairness, Julie did realize the error of her ways and ended up diving in to try and save Caleb. But the fact still remains — she was going to murder him to avoid getting divorced and losing her wealth. Oh, Julie.

6. When Seth Declared His Undying Love For Summer

Be still my beating heart. If only all love interests could climb on top of a table in the middle of a public area and do the same, then life would be much sweeter.

7. When Marissa Had Her Poolside Meltdown

8. When The Spiderman Kiss Happened

So romantic, so pop culture savvy, so O.C.

9. When Julie Cooper Hooked Up With Her Daughter's Ex-Boyfriend

10. When That Emotional Season 1 Finale Occurred

Ryan leaves, Seth leaves, and everything seems to turn bad for the women left in Newport Beach, who are already pining for them. And all to the deeply heart booming throngs of Jeff Buckley's cover version of "Hallelujah." It destroyed me.

Not only did she drop some references to Thomas Pynchon, but she also foreshadowed a trend which was to become even more popular in the coming decade — that the camera phone is the autograph of the 21st century. True that.

And I cried, you cried, everyone cried.

13. When Marissa Died In Ryan's Arms

Just when I thought nothing could have me crying harder than her overdose in TJ. I'm still not over this moment, which they chose to soundtrack with Jeff Buckley's cover version of "Hallelujah," for the second time in the series (that song, man). Seriously, I was in pieces when this happened.

14. When Seth And Summer First Had Sex

And it was kind of awesome, but also kind of awkward.

And, be honest, you totally fell in love with him.

It was a sweet relationship, and it also gave me all kinds of sexual awakening, fuzzy feelings towards Olivia Wilde.

18. When Sandy Cohen Had An Epic Bagel Romance

19. When Ryan And Seth Mimed A Complete Conversation Through A Rainy Window

Rain is the worst, you guys. And Ryan and Seth were both wise to avoid walking out in it just so they could have an actual conversation.

20. When Seth Drank Way Too Much Coffee For His Comic Book Meeting

Hey, he got a solid 15 minutes worth of sleep, guys. He was fine.

21. When Johnny Fell Off A Cliff

Only a true fan will remember Johnny. He was madly in love with Marissa, deeply resentful towards Ryan, and drunkenly stumbled too close to the edge of a cliff in pursuit of Marissa's heart. Which we all knew would end badly, let's be honest.

And he basically turned into some kind of a lovable, rainbow brained character from Adventure Time.

Nothing says, "we're bros now" like nudging a game controller toward someone and enjoying a game together.

24. When Summer And Anna United Against Seth

Because he was being an ass. Sadly, their union was short lived and they soon became frenemies again, but still, their friendship was powerful stuff there for a while.

25. When Kirsten Drank Too Much And Got In A Car Accident

And your heart totally stopped dead in your chest.

26. When Marissa Got Held Captive At Gunpoint By Oliver

And Ryan saves the day with a heartfelt speech, because he was an absolute knight. I only wish that he would have carried her out of that hotel room like he did when he saved her the other 10,000 times throughout the show.

27. When Seth And Summer Got Married

And it was the happiest ending to one of the best shows ever.

What an emotional roller coaster. I guess I'll just have to keep re-watching all of my DVD collections and trying to get over Marissa's untimely death. Frankly, I'm not sure I ever will.