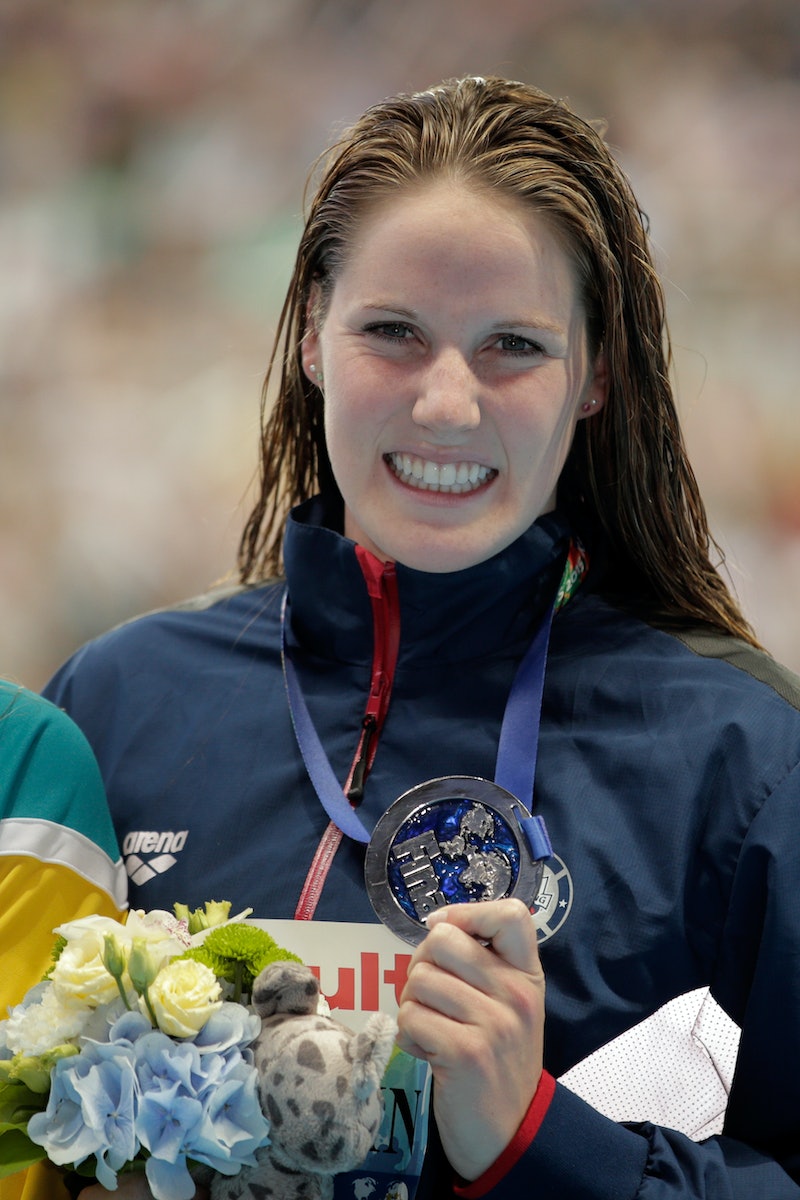 It's finally time for the 2016 Summer Olympics, which means you better start adding your favorite athletes on Snapchat. But before you can add them, you need to know if they are even part of the snapping world, not to mention you have to find out their username. If you consider yourself a huge fan of the U.S. swim team, then I'm sure you're wondering about one particular 21-year-old swimming star. Let me ask what you're thinking: Does Missy Franklin have Snapchat? I hate to be the bearer of bad news, but it doesn't seem like she does — at least not a public one.

Even though Franklin's Snapchat appears nonexistent, there is evidence that might be prove otherwise. Based on a March 2016 tweet shared by Courtney Brennan, a reporter with Pittsburgh's WTAE, it sure seems like Franklin has Snapchat. Alongside a photo of the swimmer, Brennan wrote, "Missy Franklin is teaching her teammates how to use Snapchat. Super cool girl." Hmm... there is a good chance she does have an account, but has yet to make it public. Well, if that is the case, then she needs to make it public, stat.

Whether Franklin does or doesn't have Snapchat, one thing is certain and that is she's meant to snap.

You'd Get To See Her Fellow Olympians

You'd Get To See Her Awesome Nail Art

You'd Get To Experience Her Karaoke Skills

You'd Get To See Her Adorable Parents

Talk about a cute family.

You'd Get To A Much-Needed Dose Of Her Cat

I want this cat.

You'd Get To See What Matters To Her Most

You'd Get To See Her In Action

Just another way to experience her swim talent.

You'd Get To See Her Filter Game

See? I told you she's amazing at it. FYI, it seems like this was filmed through swimmer Elizabeth Beisel's Snapchat, which is ebeisel34.

Now would be perfect timing for Franklin to either reveal her Snapchat name to the world or to join the social media platform. (If you do need someone to follow during the Olympics though, add Bustle. We're @bustledotcom.)