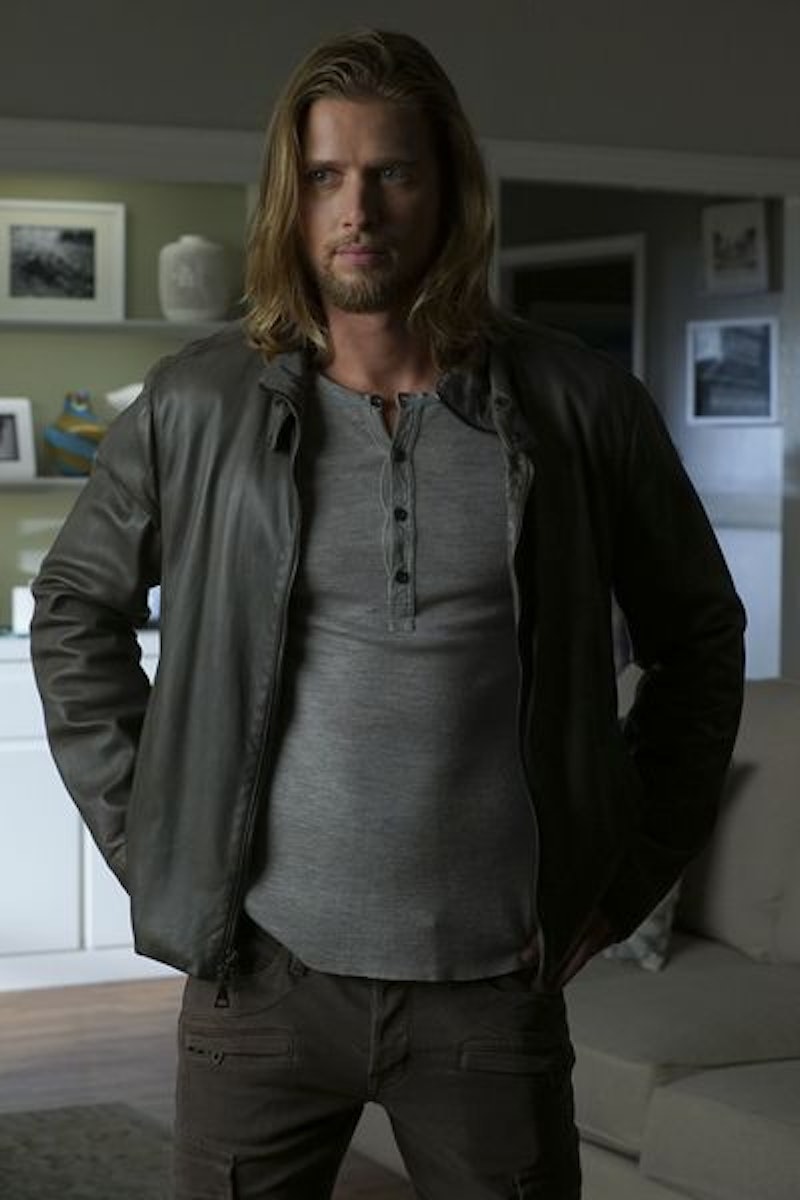 This may be Pretty Little Liars' darkest season yet, but it's also proven to be the year of returns, one of which will soon include our favorite DiLaurentis brother. That's right, my friends, Jason is finally returning to Pretty Little Liars in Tuesday's episode "Original G'A'ngsters" and he comes bearing a warning for his sister: stay away from Mary Drake. And while that seems like some sage advice, given everything she's been capable of thus far, I can't help but wonder — what has Jason been doing on Pretty Little Liars this whole time he's been away and why is he automatically so sure that his aunt can't be trusted.

Granted, he has a right to be suspicious of people, considering everything they've all been through. Plus, it has to be difficult even just looking at Mary Drake, who is, after all, the spitting image of his dead mother. But is there more to it than that? We know that when Charlotte was institutionalized, Jason decided to get the heck out of Rosewood and hasn't been seen at all since. He supposedly was running the day-to-day operations of the Carissimi Group, but what else has he been doing with his time? Has he potentially crossed paths with Mary and Rollins before now? At this point, I wouldn't rule any possibility out.

Part of me has always felt suspicious that Jason could be the one responsible for Charlotte's murder. Alison may have been quick to give her for all the things she did as A, but that doesn't necessarily mean Jason followed suit. Maybe he had a much harder time forgiving her, which would help to explain why he didn't even bother attending her funeral. Or perhaps he did at first, but then learned about her secret relationship with Rollins and realized that they were using Ali to try to get Charlotte an early release. Either way, there could've been plenty of time within those five years for Jason to develop some serious animosity toward his former sibling-now-cousin. That could be why he's so uneasy with Mary Drake being around. He doesn't want her to get to the bottom of what he's done.

Granted, I don't like thinking of Jason as a potential murderer, regardless of what his reasons would be. And hey, that theory could very easily turn out not to be true. But the fact is, we don't know what Jason has been up to since we last laid eyes on him, aside from clearly skipping all of his haircut appointments. It's completely possible that he really has just been keeping to himself this entire time and not doing anything secretive or sinister. But then again, when has anyone not had secrets on this show? And it's not like he's never been guilty of wrongdoing before what with being a ring leader of the N.A.T. Club and all.

Jason's return is more than just a social call. He's there to warn Mary Drake to back off and leave his sister alone. The only question is — is he doing it to protect Alison... or himself?