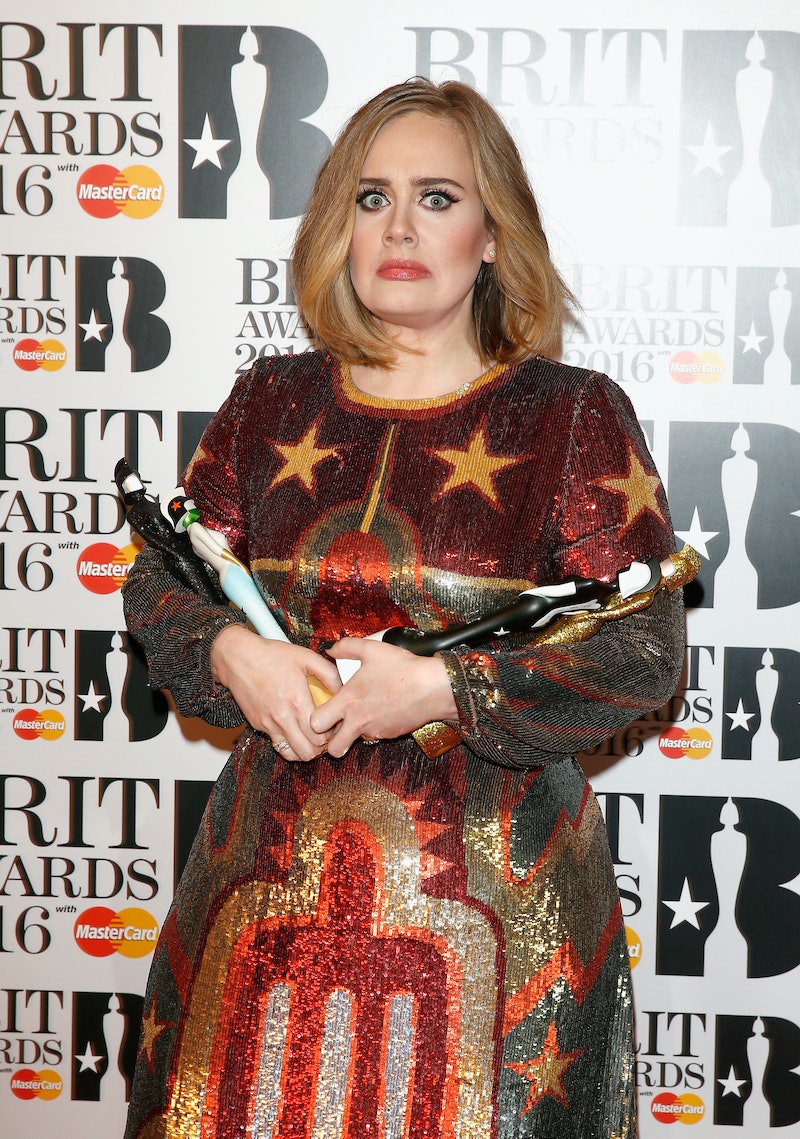 Even when you're a ten-time Grammy winner and rollin' in the dough (see what I did there?), sometimes you can still encounter an embarrassing financial mishap. Such is the case of Adele, whose credit card was declined at H&M during a recent shopping trip, the powerhouse singer revealed at her recent San Jose, California tour stop. As mortifying as it may have been at the time (H&M is known for being super budget friendly — I once scored one of my fave dresses there for just $10), the British singer has a way of telling stories that, one, make you love her more then you already do, and, two, are just relatable AF. I mean, who among us hasn't had her credit card declined at some point? Not even because you're destitute, but because there was an error on the bank's end or the cashier was having an off day or the machine was broken at McDonald's and you have a panic attack wondering why you suddenly can't afford $3 hot cakes (not that I speak from personal experience or anything...)

Adele, who was recently crowned the UK's richest female artist, spoke candidly in her hilarious, Adele-like way when she addressed the audience and told them about the embarrassing moment.

"I went to H&M and my card got declined. Oh, my days, pretty embarrassing," she told the crowd (quotes via Us Weekly). "Nobody knew it was me, but I was mortified."

First of all, I hope the reason no one knew it was her was not because she was using a pseudonym/card with a pseudonym but because she decided to once again become her alter-ego Jenny, the Adele impersonator. Second of all, I can actually feel my cheeks growing red just picturing Adele's credit card-decline. It's just one of those stories that makes you have severe secondhand embarrassment for the other person, because you so know what it feels like and know all too well that moment of sheer panic when your card won't go through.

Although Adele didn't reveal the outcome of her story — was she still able to buy her clothes?! — it doesn't exactly matter, because this story proves that even though she's a superstar on top of her game, she is not immune to real-life mortifying moments. And for that, we can all feel just a little bit better about our lives. Thanks for sharing, lady!