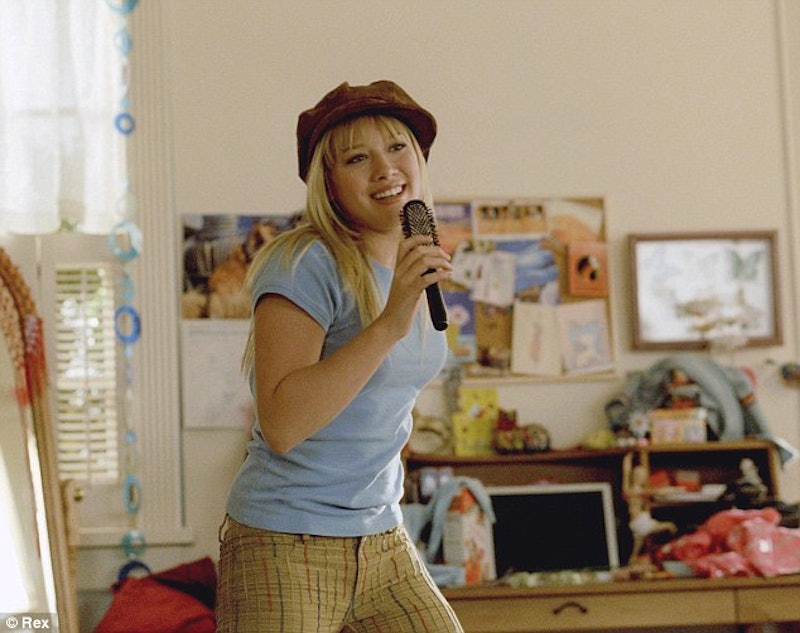 Have you ever found out that someone hasn't seen a show you love, and almost been jealous of them, because they have that whole experience in front of them still? That sensation is why Lizzie McGuire fans should watch Andi Mack . You're probably thinking to yourself that you can never recreate the experience of watching Lizzie McGuire for the first time, and that's technically true. But we have a once-in-a-lifetime opportunity here to at least approximate that feeling, so don't let it slip through your fingers.

While Lizzie herself isn't coming back, you know who is? Creator Terri Minsky, back to the Disney Channel, to pitch a whole new show with a refreshing young voice. This time, it's called Andi Mack. The pilot has already been scooped up by Disney, and will premiere sometime in 2017 with Peyton Elizabeth Lee in the lead role. The heroine of the show will try to navigate her teen years when her older sister moves back home. Lee is 12 years old, she's new to the scene, and what excites me the most about her is Minsky's faith in her. After all, it's not like I don't know I can trust the showrunner with my childhood.

Lizzie McGuire was created by Minsky and began airing on the Disney Channel in 2001, and it felt particularly groundbreaking to me. Mainly because it centered around a main character who was female, first of all, which I really appreciated. And, second of all, it centered around someone who wasn't popular but wanted to be. Then and now, it was much more likely for a show geared at the young adult age group to be helmed by someone so perfect that they're hard to relate to — I'm looking at you, shows like Pretty Little Liars — or someone so fringe-y that they don't even care what anyone thinks, like more of a Daria. While both of those shows and characters are compelling in their own ways, it was such a relief for me to see Lizzie McGuire wanting desperately to be popular when she wasn't, because that's how I felt.

I knew I wasn't supposed to care what people thought of me, but that skill was a long time in coming. In fact, maybe I'm still waiting for it. So it was really refreshing to see Lizzie, played to perfection by Hilary Duff, striving to present that "popular" outward self while still acknowledging her real feelings inside that made that impossible, through the sarcasm — what a concept! — of the animated Lizzie. She was quirky and unique and witty and far from perfect in everything she did, and I loved her.

Minsky was the force behind Duff being called back for the role of Lizzie at all. After she phoned in her first audition, the showrunner says, “I was very honest about it and said [to Duff], ‘You need to get more in the character,’ because I knew there was so much [talent] there." She was right about Duff, and she's just as passionate about Lee in Andi Mack , revealing in a recent interview,

Andi only existed as words on a page until Peyton Lee walked into the room. I will never forget the magic of that moment – to meet the character I wrote. Actually, it wasn’t until I met Peyton that I really knew who Andi was.

I love to hear that kind of conviction. It makes me so excited to tune in to Andi Mack when it hits the airwaves. Minsky has already more than earned my trust, and the fact that she's back at the same channel with another show focused around a strong, independent young woman is all I need to hear. Rejoice, Lizzie McGuire fans. There's a new show for us to throw our support and love behind.