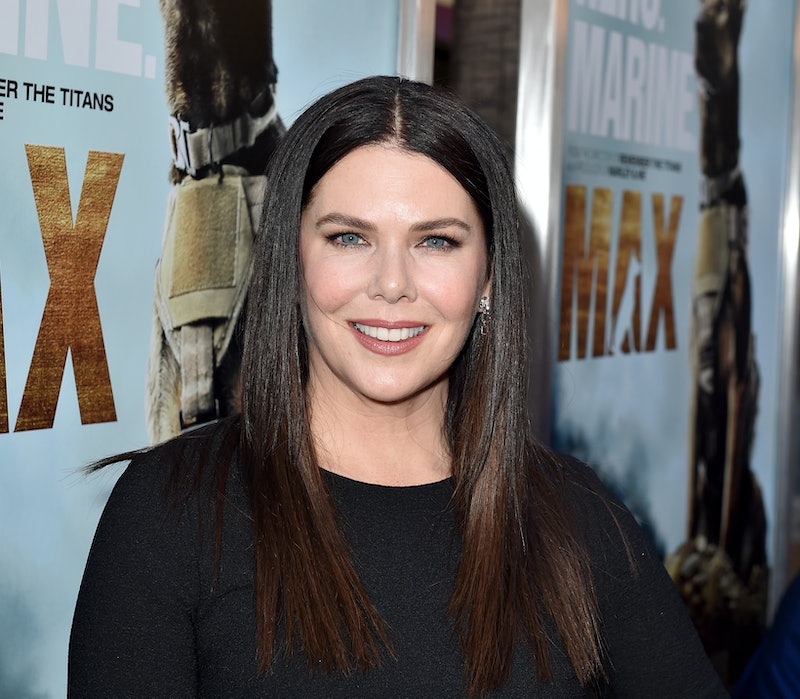 It's a great time to be alive and a Gilmore Girls fan: the Netflix revival of the beloved series officially has a premiere date, there are rumors of several on-screen romantic reunions, and star Lauren Graham has officially released the cover of Talking As Fast As I Can: From Gilmore Girls To Gilmore Girls (And Everything In Between), her forthcoming collection of essays.

The title is — as any astute Gilmore Girls fan will tell you — a reference to the fast-talking ways of Gilmore Girls' number one mama, Lorelai Gilmore. The series centers upon Lorelai's relationship with her teenage daughter, Rory (played by Alexis Bledel), and takes place in the adorable town of Stars Hollow, a quaint little place populated by some seriously kooky characters. After seven seasons, the beloved show ended, and creator Amy Sherman-Palladino (who did not participate in the seventh season of the show) never had a chance to film the ending she intended for the mother-daughter duo.

Luckily, this year, we'll get Amy Sherman-Palladino's ending in a four-part Netflix series called Gilmore Girls: A Year In The Life, which will premiere on Nov. 25, Black Friday.

But the Gilmore Girls fun will continue into Saturday and beyond; Talking As Fast As I Can will be released the day after the premiere, on Nov. 26.

Seriously. How lucky are we??

The words 'Gilmore Girls' appear twice (twice!) on the cover, which leads us to believe the book will have plenty of juicy behind-the-scenes details from Graham's work on Gilmore Girls.

According to the publisher, Random House, Graham will "recount her experiences on Gilmore Girls — the first and second time — and share stories about life, love, and working in Hollywood."

OK, go ahead and cancel your plans for the last week of November. It sounds like we all have an extended date with Lorelai and Rory. (And hopefully Jess and Logan and Luke and Dean and Chris.)