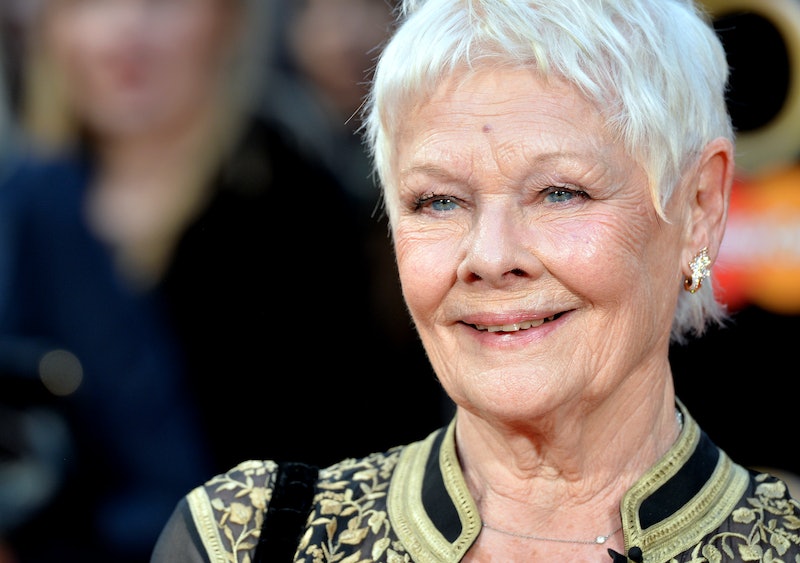 Guys! The time is finally here. Four years after the 2012 London Olympics, the games have moved on to Rio de Janeiro, Brazil, and the exciting summer event kicked off on Friday, Aug. 5 with the opening ceremony. While the ceremony this year was all about Brazil, if you tuned in, you likely heard a familiar, and very English, voice during a segment about global warming: Dame Judi Dench.

Yep, that was actually her, as BBC's coverage confirmed. You weren't just imagining the calming voice of the renowned theater and stage actor. Dench provided the English translation of a poem about rain forests. Before the ceremony, The Telegraph reported that Dench would read " A Flor e a Nausea" by Brazilian poet Carlos Drummond de Andrade. The poem is about a flower being able to grow in a crack in the asphalt (sounds very Tupac!) of a very polluted city — appropriate for a section of the show about environmental issues. The blog, Brazil For Poets, provides an English translation of the poem, and one section reads,

A flower, though fadedEvades the police, breaks the asphaltBe completely silent, stop your businessI assure you that a flower rose

On top of the poem, it was also said during the environmental segment that a forest would be planted where the stadium currently is built after the Olympics. The ceremony features each athlete planting a seed to go toward the forest. Pretty cool!

While Dench might've fit in a bit more at the London games, it's hard to think of someone better for the role of narrator. OK, maaaaybe Morgan Freeman, but even he needs a break sometime.