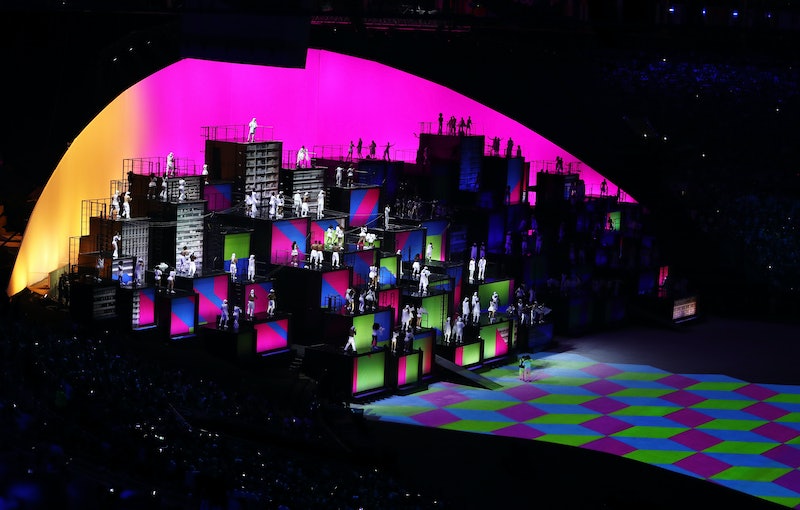 The Olympic ceremonies are designed to delight and awe. The Brazilians did not take this task lightly, and shocked audiences worldwide as they addressed some of the world's most painful but important histories. This year's opening ceremony addressed colonialism in a beautiful, interpretative fashion.

It was a bold move for Brazil, the first South American country to host the Olympics and one whose colonialist legacy is still present today. Luckily, it paid off, and the opening ceremony managed to capture and retell the dark history of colonialism in a way that was at once sober, beautiful, and uplifting.

I must agree with my colleague Kadeen Griffiths, who also discussed the slavery and colonialism aspects of the opening ceremony — even I, as someone whose homeland was colonized by Europeans, found it difficult to watch and digest as an American.

Despite the discomfort, the inclusion of this difficult narrative by the Brazilians not only shows the world that they are aware of their history, but also puts them in a position of power. They are the first South Americans to host the games, are a developing nation, and they are telling the world, and particularly the Europeans and Americans watching, that they are both accountable for the pains of colonialism and slavery brought upon Brazil, and that they have flourished and become one of the world's most beautiful and fascinating countries because of it.

The differences between the way Brazil chose to represent its history versus the way Americans chose to describe it (by calling the influx of colonizers "immigration") shows the gap between the colonized worldview and that of the colonizers. Calling the Portuguese "immigrants" is a prime example of Western whitewashing or revisionism, and represents the Euro-American desire to sanitize our bloody history, to do all we can to look away and justify such horrible acts as slavery and the multitude of harmful effects that stemmed from colonialism.

Colonialism wears many faces around the world. In Lebanon, where my dad's family is from, it is found in the continued praise of light-skinned people whose ancestors presumably mixed with the French colonizers. In India and Pakistan, it's evidenced strongly by the partition of the countries by the British, and the long-term effects of violence between Muslims and Hindus. Brazil, like every other colonized nation and region in the world, has their own understanding of their colonial past, and is unique in their celebration of the diversity that resulted in the many waves of slaves, immigrants, and Europeans that came over under the worst and best circumstances. The Rio Olympics opening ceremony shows that they are not afraid of their colonial past, and will not hide it from the rest of the world either.