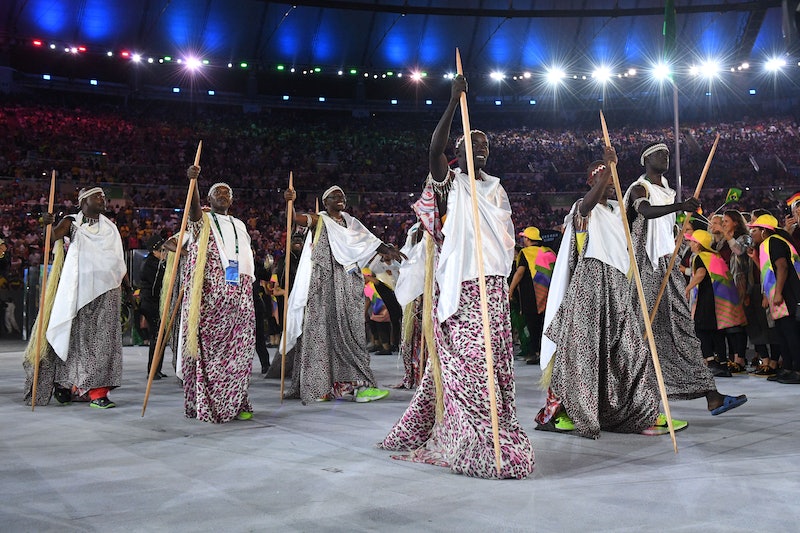 The Olympics opening ceremony is a great time for anyone who loved the games as a child, enjoys learning about various cultures, or is trying to get that follower count up by using Twitter's trending hashtag, nahmean? And you'll have plenty of time to tweet about the opening ceremony, because the Parade of Nations is super long. How long is it? Well, those who tune in will be watching athletes from around the world wear preppy outfits and take selfies for a very long time.

Because the opening ceremony is airing with a delay in the United States, judging by the BBC's coverage, which began airing sooner, we know that the Parade of Nations takes a little more than two hours... without commercials. That's right, American viewers, our coverage of the Parade of Nations will take over two hours, so I hope ya like your greased up flag bearers with a side of calming McDonalds' commercials 'cause that's what you're in for.

Seriously, though, the Parade of Nations is really interesting and a great geography lesson (that's not sarcasm!), and even though it's long, it's perfect for a Friday night when you don't feel like going out, but do feel like having a couple glasses of wine (or sparkling cider!) and zoning out to information about Suriname that you never would have known.

And if you need some help with a funny tweet to write using that opening ceremony hashtag, might I suggest this photo...