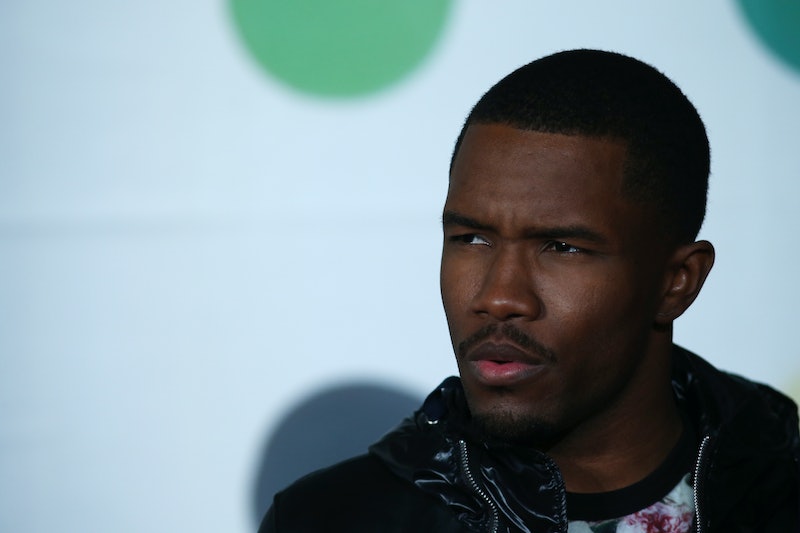 You guys, I have to get brutally real with you all for a moment: I'm losing hope that Frank Ocean will release Boys Don't Cry , like, ever. When the suspected August 5 release date came and went without a peep, it felt like the despair spiral was beginning. Now, it appears — again — that we might have a newer release date: November 13, 2016. NME picked up on the November 13 stamp, via Ocean's personal website. But now I'm actually wondering if this is something out of Inception, because the more I look at older photos of the Boys Don't Cry library card, the more I see the November 13 stamp. Is Ocean really messing with all of our heads? Was that stamp always there? Or is the collective unconscious causing us all to ignore facts and just focus on the date that we want to see? I can't handle the deception, Ocean! I think it's also safe to say that Ocean's massive fanbase is also concretely questioning whether or not to actually trust that November 13 is the true album release date.

We've been burned in that past. We, the people who have nearly worn out our copies of Channel Orange and watched the Endless livestream like Joaquin Phoenix watched the aliens in Signs (with his face close to the television screen, freaking out), are nervous to keep trusting Ocean. When will the fever dream end?

Let's go out on a limb here and tentatively play along with the notion of a November 13 release date. Maybe this is a good thing. Maybe there is actually major merit in having the album pushed back so late into 2016. Back in May, Alex Pappademas wrote for MTV that Frank Ocean should take his time when releasing Boys Don't Cry:

Even if the streets are begging for fresh Ocean, and we know they are, do you really want to drop your sure-to-be magnum opus in the genius-glutted artistic traffic jam that is Q2 2016? [...] I mean, c’mon, Frank, we’re talking about the follow-up to Channel Orange, easily one of the best albums of the decade. You’ve been working on the new one for four years. You may even feel like it’s close to done. But is it really done, Frank? Is it as good as it could be? Is it as good as the first six songs on Lemonade?

It might be a big claim that only a portion of Lemonade's songs were good, but I digress. The correlation Pappademas makes between the monumental impact of Lemonade and the potentially monumental impact of Boys Don't Cry is, to some, an apt feeling. Similarly, I think it's reasonable to align with Pappademas' argument that waiting just a little bit longer is a sound move not only for Ocean, but for the music industry at large. Releasing Boys Don't Cry into the world before we can fully appreciate has merit, in which case waiting until November would be genuinely advantageous for Ocean.

If the November 13 release date has indeed been there all along (as the picture above seems to prove) then it means that it's been staring us in the face the entire time. We, the voracious fans, have been so incredibly ignorant to what is staring us in the face that it took multiple occasions of dashed hopes for us to finally see it. Maybe this is Ocean's greatest trick of all: putting the clue so close to our faces we fail to focus on it. In which case, we all need to take a million seats, do some deep breaths and friggin' trust. Frank. Ocean. All we need to do is set a calendar alert for November 13 and enjoy the rest of our summer.