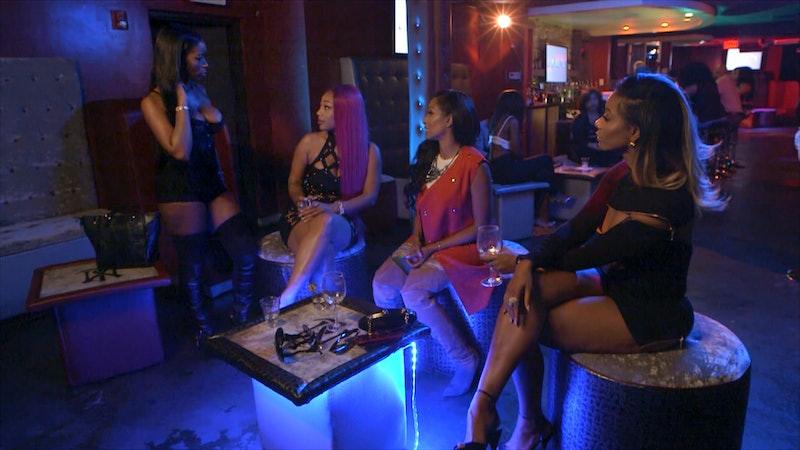 Love & Hip Hop Atlanta Season 5 was possibly the most controversial season in the show's history. By the end of the season, most of the cast couldn't even be in the same room together for the reunion, either because they weren't getting along, or, in some cases, for much more serious reasons. And while so far, Love & Hip Hop Atlanta Season 6 hasn't been announced yet, nor has the cast been updated, I would very surprised if the series didn't continue for at least one more season, to tie up everything that happened over the course of the last year. From marriages almost being destroyed to possible pregnancy to some actually successful music, Season 5 has been one hell of a trip so far.

But without an official announcement from VH1 saying the show will be back next year, everything that's been going on between the members of this cast since filming Season 5 makes Season 6 something of a question mark. There's no telling when the show would be back, no word from VH1 about whether they'll be filming soon, and there are even some unsubstantiated rumors claiming that the following season will shake up the cast in a major way. But if this cast does return, here's some of what they've been up to in the last few weeks, giving you a hint of where their possible L&HHATL Season 6 storylines could go.

She is actually putting the "hip hop" in the show's title right now, and touring around the country.

They had trouble adjusting to their new arrangement, and according to Joseline's Instagram, she's currently pregnant, which may not make things any easier.

She made history for being the first trans woman on the show, and I hope the spotlight it brings also brings attention to her production skills. This summer, she saw the release of "Lonely Legend," the song she cowrote and produced for Fantasia.

Working at her boutique (Pressed) and occasionally taking a girls' night off seems to be about it for Rasheeda. These two are a low-key couple compared to some of their costars.

Throughout the season, they seemed on the verge of collapse. But now, it seems like this couple may have reconciled, as they've been posting supportive messages about one another online.

These two jokers mostly had to deal with jokes and comments from viewers after revealing that they were evicted from their apartment. Writing supportive messages to their mom is nice, but otherwise, these two still seem like they'll never settle down.

And their mother spent most of the season wishing she didn't have to support her husband, though she certainly played the part of breadwinner very, very well. She's also been helping Ernest through an illness this summer, though from a picture she put up a little while ago it sounds like he'll be OK — as will their marriage.

She's still hinting about the identity of her new husband on Instagram... seems like another L&HH season would be the perfect place to unveil the truth.

Karlie is dealing with some legal trouble at the moment, as TMZ reported that she has "been ordered to stay 200 yards away from a rapper/promoter who claims she freaked out on him and stole his stuff" and that she locked herself in his bathroom. However, Karlie's representative claimed to TMZ that she locked herself in the bathroom in an attempt to protect herself from the rapper who had allegedly taken photos of her while she was asleep. TMZ reported that she plans to fight the restraining order in court.

She claimed she wasn't even invited to the reunion, which doesn't bode well for her future appearances on the show. However, creator Mona Scott Young denied the claim with a post of her own.

This mother-son duo are unfortunately both facing legal issues. According to VH1, Scrapp is currently serving a five-year prison sentence after being convicted of drug trafficking. The NY Daily News also reported that his mother, KK, was arrested for alleged financial identity fraud, theft by taking, and first-degree forgery. Following her arrest, she gave a lengthy statement to VH1 in which she denied the charges and said, "At the end of the day, I don’t have any fraud charges and that’s not what I do. And if it was anything that I was doing in my previous life, I have never been the person to do something where I live, where I lay my head, to do something I’m not supposed to be doing."

Whether the cameras are rolling or not, the Love & Hip Hop Atlanta cast is always making headlines. I just hope we get to see how all of this plays out on TV with a new season.