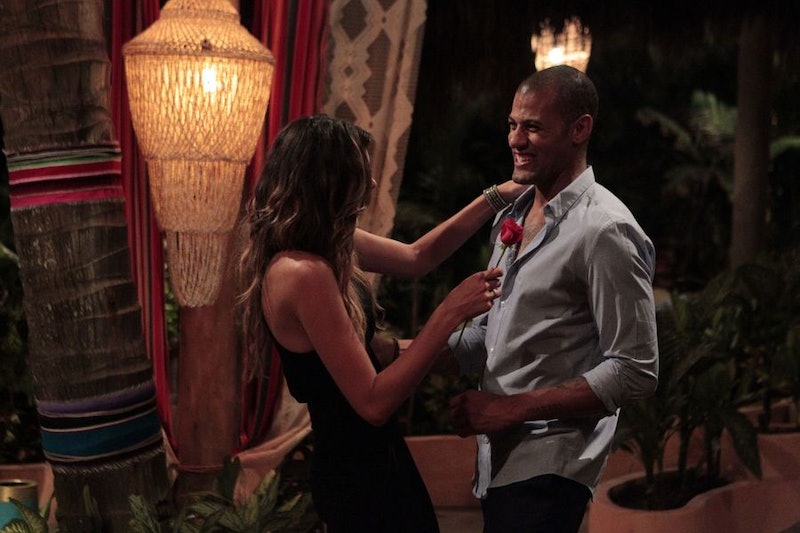 Bachelor In Paradise is my favorite show of The Bachelor franchise because it’s sort of like dating in real life. There aren’t 25 men or women against you, vying for the heart of one Bachelor or Bachelorette — instead, there are like, 12 people, and you can pick who you want to hang out with, and if it doesn’t work out, there are always other fish in the sea. In the real world, you’re not in a resort in Mexico and Jorge isn’t there to serve you drinks, but there has to be a little something special; it is TV after all. And speaking of something special, one couple seems like they could be getting cozy, but are Grant and Lace still together after Bachelor In Paradise ? The real world can be a tricky place.

On her season of The Bachelor, Lace was (or at least was edited to look) a little out of control. She frequently got in Ben Higgins’ face about him not looking at her and not paying attention to her. Eventually, she excused herself from the show, saying that she really needed to work on herself and that her drinking was out of control. It takes a lot of strength and self-awareness to do that, and I will always applauded her for it. On JoJo’s season of The Bachelorette, Grant was one of the quiet ones. I think the Chad drama took away from a lot of the guys that season, and Grant, the quiet, handsome fireman, was one of them. Now they both have the chance to re-write their stories on Paradise.

So now the part we all want to know — are they still together? According to TMZ, possibly. Apparently, Grant and Lace were seen chilling poolside at an apartment complex in Denver, Colorado — where Lace is from. Although this could be a spoiler for the end of the season, it's worth it to point out that many of the contestants become friends after the show, and this could just be buddies hanging out. But, it’s also hard to keep lovers apart, so you never know.

Considering that Lace started the season of Bachelor In Paradise making out with Chad Johnson, JoJo’s bad boy from her season of The Bachelorette, them staying together would be a very nice change of pace. We don’t know how their relationship will bloom just yet (we’ll have to watch Bachelor In Paradise for that), but if Lace and Grant are happy, I’m happy for them.